These 8 Cereals Are Free From Weedkiller Glyphosate, Unlike Cheerios

Is your cereal contaminated with the toxic herbicide glyphosate? There’s more news about that possibility if you are eating food produced from General Mills. This week the Environmental Working Group dropped another bombshell report–testing 21 cereals from General Mills and finding the herbicide glyphosate in each sample. So what is a mom to do when the cereal you ate as a child is contaminated with glyphosate? You’ve trusted Mamavation to bring you topics like safest cookware, best chips & salsas, & safest sunscreens, now join us as we bring to you 8 bowls of cereal, granola & oatmeal not contaminated with glyphosate like Cheerios.

Over $2 BILLION was awarded to three different plaintiffs who sued Bayer-Monsanto for knowing the risks of spraying the weed killer glyphosate decades ago, manipulating the federal process to get their chemical approved, and then going to extraordinary lengths to cover it up. These awards have been extraordinarily high because the jury felt that the crimes were heinous enough to prompt a stern financial punishment. All three plaintiffs are suffering from non-Hodgkin’s lymphoma (or hodgkin’s lymphoma) which was caused by being exposed to the spraying of glyphosate.

In 2015, the International Agency for Research on Cancer, a part of the World Health Organization, has classified glyphosate as a probable human carcinogen. Then in 2017, glyphosate was classified as a carcinogen by California’s Office of Environmental Health Hazard Assessment and put on their Prop. 65 list.

Now, glyphosate is starting to show up in cereals containing ingredients of oats, wheat, and legumes like pea protein. Over 13,000 additional cases are yet to be tried and experts are saying this liability could cause the bankruptcy of Bayer-Monsanto.

Desiccation of Weedkiller Glyphosate on Oats, Wheat & Legumes Is Causing High Levels of Glyphosate in Food

The practice of desiccation is an affront to public health because it increases exposure to a dangerous pesticide. Desiccation is where the farmer dries out his field before harvest by spraying the crops with glyphosate, leaving more glyphosate residue in the crop, thus making it a harvest desiccant. This is believed to be one of the reasons why non-gmo processed food containing wheat, granola oats & legumes consistently have higher levels of glyphosate. It increases the amount of glyphosate on the plant, and by the time the consumer eats, it’s still present in higher amounts.

When seeing rates of glyphosate spike in the United States by farmers, instead of curbing this dangerous practice, the Environmental Protection Agency (EPA) allowed Big Ag companies to spray 300 times more glyphosate on oats and other grains compared to what was legal in 1993. Now you are seeing this reflected in your bowl of cereal as higher glyphosate levels and it could be a problem for children’s health.

The Environmental Working Group (EWG) dropped another report after testing cereals for glyphosate. Every box of cereal and granola tested positive for detectable levels of glyphosate. According to the scientists at EWG, anything above the health benchmark of 160 ppb would be problematic to pregnant women and children.  At least 17 out of 21 products tested were above the health benchmark meaning it’s not recommended for pregnant women or children. Here were the results of the testing: 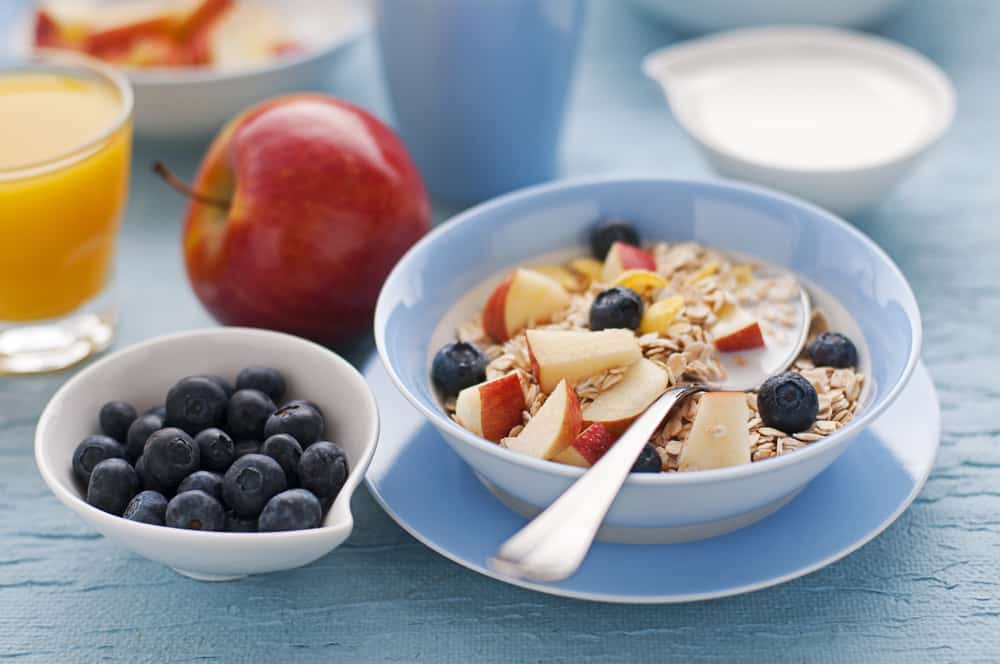 We understand this is frustrating. Navigating the food industry to avoid glyphosate is very complicated right now.

Both organic and non-organic brands have been testing positive for glyphosate. To best evaluate glyphosate residue we have the Detox Project, which is an organization that certifies brands “Glyphosate Residue Free” with lab testing 3x per year. The Detox Project has a list of brands that have certified and we have added the relevant brands to this list. Brands on this list we would recommend.

Another good resource is and Cornucopia’s list of cereal brands that best respect organic principles. These specific farms at the very top source 100% organic only so they would have less of a risk of contamination.

Here is a list of our top 8 recommendations for cereal, granola & oatmeal.

“Glyphosate Residue Free” certified by the Detox Project and made Cornucopia’s list of cereal brands.

Read more about a more recent consumer study released in 2022 on bread, oats, legumes, protein powder, bars here. There were some organic old-fashioned rolled oats that had detectable levels of glyphosate, but in lower amounts as conventional food products. Sadly, this is still completely legal according to the FDA.