Pesticides in Beer & Wine at a Liquor Store Near Me

Glyphosate–What Is it AND Why Is it Dangerous

Glyphosate is the active ingredient in RoundUp Weed Killer and the most popular herbicide in the world. This multi-billion dollar product was originally created by Monsanto, nominated as one of the most hated companies in the world alongside Exxon and Nestle. Glyphosate is not only sprayed on most “bioengineered” or GMO crops in the United States, but it’s also used heavily on conventional crops to kill weeds and again to force desiccation allowing for early harvesting. These uses make glyphosate incredibly ubiquitous and virtually impossible to avoid. In fact, chemical residues are routinely found in rainwater, food and water supplies, soil, air, breastmilk and urine samples. And it’s been proven the chemical can reside in the body of animals for up to one year or longer meaning it’s likely also ending up inside your food.

Glyphosate was originally patented as a chelator and an antibiotic, which means it has the ability to stop nutrient absorption and decimate delicate gut flora. These two simple facts explain why glyphosate is so damaging to the overall health of the body and has been linked to spreading antibiotic-resistant bacteria.

Glyphosate has also been deemed a “probable carcinogen” by the World Health Organization and added to the Prop. 65 List of Carcinogens and reproductive toxins in California. In other words, this chemical is not something you want around your family or inside the food they eat. There’s lots of controversy on whether glyphosate is actually toxic though. The companies and partners profiting from the chemicals are very vocal about it being safe, however, independent scientists point to the clear conflict of interest present in the safety studies they rely on because most of them are internally funded. 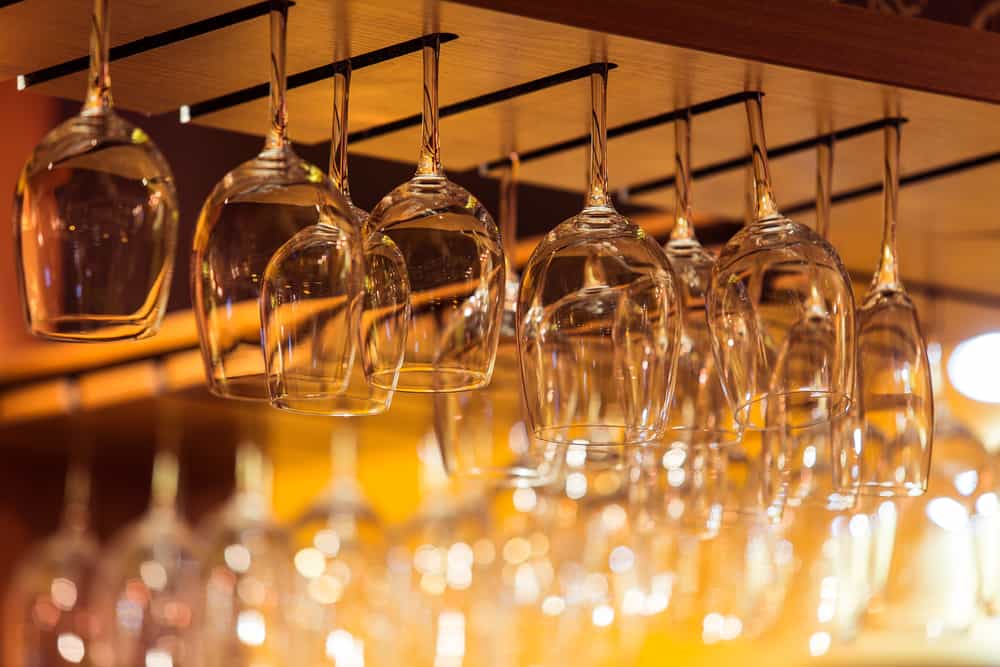 The CALPIRG Education Fund study on wine and beer turned up concerning results. Conventional beer and wine came up with higher glyphosate levels as organic as expected. Most organic brands came up with smaller detectable levels. The results are summarized below.

Why is Glyphosate Showing Up in My Beer & Wine?

It’s a bummer when your favorite beer or wine have high levels of glyphosate present. But how is this happening? There are several reasons for this but one of them have to do with a controversial farming practice called “desiccation.” Desiccation is the “kill down” method where farmers spray the crop with glyphosate to dry it out and then harvest early. Because of the timing of the spraying, more glyphosate-residue shows up in the food.

Another reason why glyphosate is so ubiquitous is that it’s the most common herbicide in the world and very little is done to protect the surrounding communities from the health effects of glyphosate spraying. But this also means it’s likely to show up in fields that never sprayed by “drifting” and being blown by the wind.

Would You Like to Test for Glyphosate Inside Your Body? Detox Project Tests Hair Samples Offering 120 Days Worth of Pesticide Data

If you are interested in purchasing a laboratory test that will give you the results of 120 days worth of pesticide exposure, the Detox Project has a kit you can purchase to submit a hair follicle to a laboratory in France for analysis. There are several options, including just having an analysis of glyphosate OR glyphosate and other pesticides. We recommend the “Combined Pesticide” test that gives you everything at the bottom. Click here to view a sample report. Here are those options:

Mamavation supports the Detox Project as they certify brands for glyphosate residue at no detectable levels. Because the beer and wine industry have such widespread contamination, we are hoping that some of these brands decide to look into getting certified. Peak Organic IPA would be a good example of a brand that would qualify for certification. But here are other brands that have gone through certification and have no glyphosate residue in their products.

20 products were tested in total: 5 wines and 15 beers. Glyphosate residue ranged from 51 parts per billion (ppb) to no detectable limit.

Five popular wines were tested. Three were conventional and two were organic vineyards. The results are below.

13 of the most popular beers and 2 ciders were tested for glyphosate. Only 2 of the beers were organic. The results are below.

Feds Force Farmer to Euthanize 4,000 Cows, But Could This Affect Your Dinner?
Next Post: Experts Recommend 7 Steps To Reduce Dangerous Plastic Exposure