You are here: Home / Health / If You Are Disgusted by Tess Holiday You Don’t Understand Obesogen Chemicals and Their Impacts On Us
Facebook0
Twitter0
Google+0
LinkedIn0
Pinterest0

Tess Holiday, a plus-sized model, is the Septembers 2018 cover girl for Cosmopolitan UK. And the world reacts with high intensity at the idea of a fat girl being a cover model. One side of the aisle reacted with glee about how far the body-positivity movement has come while the other side yelled in disgust about how a fat girl could EVAH be a role model because she’s obviously unhealthy. Well, for those of you who think that the only way to get fat is to sit around all day and eat bonbons, I got some information for you–there’s a class of chemicals called “obesogens” that can impact your waistline and they are found inside everyday products like shampoo, cleaners & nonstick pans. Thousands of endocrinologists in Europe think it’s a major factor in the obesity epidemic. In other words, some people are fat not because of their lifestyle, but because they’ve been exposed to dangerous endocrine disrupting chemicals during a vulnerable hormonal period in their life and their body reacted by creating more fat. And this theory is no longer fringe, it’s accepted by scientists all over the world, including the American Academy of Pediatrics. Where did all the obese babies come from that are exclusively breastfed? Huh. There’s a theory behind that as well. You’ve trusted Mamavation to cover topics like trying science-based detoxing methods like an infrared sauna, how Target covers their receipts with a chemical linked to weight gain, why your diet may be killing you, now join us as we explore obesogens and their potential effects on your weight.

Last year a study was published that looked at the amount of money that was wasted on health care due to the effects of hormone-disrupting chemicals we are commonly exposed to. They found that the United States had a burden of $340 BILLION annually. And that number is conservative because it didn’t take into account chemicals that haven’t been studied yet. According to the Environmental Protection Agency, there are over 86,000 chemicals in commerce. Most of them have not been studied to understand their impacts on our hormones, so once that happens, that $340 BILLION is expected to go much higher.

Thousands of endocrinologists in Europe believe the epidemic of exposure to hormone-disrupting chemicals and the obesity epidemic are intimately linked. Not only does the obesity epidemic mirror the rise in hormone-disrupting chemicals we find ourselves surrounded by every day, but nothing can explain why there is such a rise in obese babies over the past couple of decades. Babies that survive on breastmilk should not be overweight. They aren’t expected to get exercise because they can’t walk yet and they don’t eat food that would cause weight gain. So what gives? The rise in obese babies have become a canary in the coal mine, so to speak for researchers. Holding to the antiquated theory that weight gain is all about energy balance with calories going in and calories going out no longer makes sense in the modern world. When chemicals can cause weight gain in utero, what are they doing to adults?

What About The Lack of Activity Americans Are Getting?

If you turned on the television and started listening to what was said about weight loss, you’d hear about Americans not being active and weight gain happens because of lack of activity. A picture is painted of Americans sitting on their couches and watching television all day or working on their computer. And although our modern lifestyle may seem like we are getting a bit less active, overall Americans are more focused now on health than they’ve ever been before but it’s not translating into a slimmer waistline.

Some studies have drawn conclusions that an increase in activity may actually also be tied to weight gain. The more you workout, the more the body slows down your metabolism. It’s almost like your body is fighting against you to maintain balance. Globally, there is a correlation between the amount of exercise people do and their weight, but it’s not what you think. In countries like Norway and Japan where they actually get LESS activity, they weigh less. Studies looking at how the body reacts to activity have concluded that exercise doesn’t increase weight loss. And studies on hunter-gatherer communities vs. western lifestyles have concluded that hunter-gatherers aren’t burning more calories than Americans. Long story short, there is something very odd about the obesity epidemic in first world nations and none of our prior theories make sense once science starts to look into it.

Now let’s not give up on exercise, because the benefits of getting activity are more about extending your life, cutting down on inflammation, increasing circulation, detoxing from the sweat you expend, and not dying of heart disease which is the leading killer of women. Those are all really good reasons to get 150+ minutes of high intensity per week. (I get over 200 from kickboxing and weights). But let’s be clear about why it’s important and focus less on it being about weight loss.

What About All The Junk Food People Eat?

It’s true that what you eat has more influence on the size of your waist circumference, but that correlation isn’t as strong as we previously thought. But don’t tell the weight loss industry that. According to them, there is a perfect diet for everyone and if you can’t sustain weight loss it’s because you aren’t trying hard enough. As Americans, we eat a ton of junk food and processed food. That’s what this is really about. Processed food is void of nutrients so they make up for it by adding synthetic vitamins and minerals. It’s the kind of diet you can eat all day and never feel satisfied. But there’s also some very large limitations on the idea of dieting. Eating healthy without focusing on losing weight is one thing, but dieting has some incredible limitations that Traci Mann, who teaches psychology at the University of Minnesota and has been studying. Over the course of 20 years, Traci Mann has been studying eating habits, self-control at the University of Minnesota’s Health and Eat Lab. Her book, Secrets from the Eating Lab, is a deep dive into what they discovered. Here are some tidbits on dieting:

And the diet craziness goes on and on. At first, we thought that your perfect diet is linked to your genetics but that was found to be untrue. Your genes don’t decide what your perfect diet is. Damn! What about the keto craze? Well, while Keto can help you cut down on inflammation and lose weight, it’s not a long-term solution. You’re likely to gain it all back within five years. Is losing weight possible? Yes, I did it. I dropped close to 120 lbs. and kept it off for seven years, but then gained 60 lbs. back. So I’m definitely ahead but I don’t reflect the vast majority of Americans and what the research says. Today, the diet industry is like nails on a chalkboard, which leads me to our next subject. 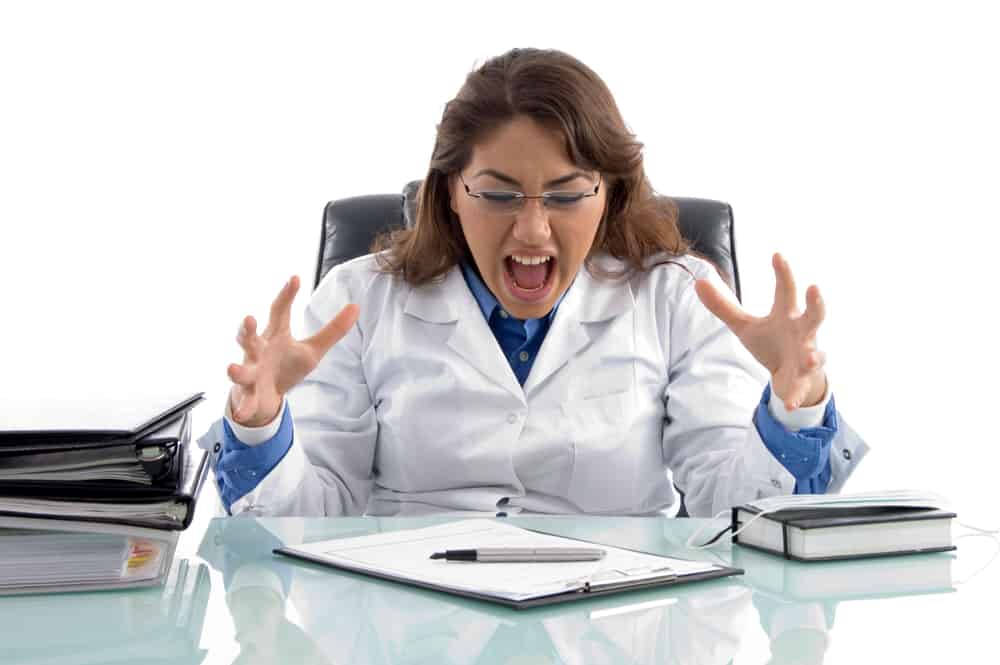 One of the most underrecognized diseases plaguing women today is PCOS or Polycystic ovary syndrome. It’s when you have an increase in male hormones and this imbalance causes an imbalance in the body. It’s estimated that close to 27% of women get PCOS during their childbearing years and over 70% of women with PCOS don’t even realize they have it.

PCOS is a “syndrome” that affects the ovaries and ovulation. Its main symptoms are:

Weight gain is a very big part of PCOS and there are communities dedicated to a special diet plan that helps people maintain their weight. That means it feels like a runaway train of weight gain unless you know what to do. Those diet plans require severe calorie restrictions, avoidance of dairy & gluten, a low glycemic diet, special supplements and you have to change your eating patterns to consuming most of your calories in the morning and afternoon. If you’ve been paying close attention notice up to 1/3 of women between the ages of 15 to 44 have this syndrome with runaway weight gain and they have to starve themselves to maintain a weight that is normal. Just let that sink in for a moment.

If You Care About People’s Weight, Call Your Federal Representative & Ask To Make Fruits & Vegetables More Affordable in the Farm Bill

Does anyone know why a McDonald cheeseburger costs less than broccoli? The answer to that is in the Farm Bill that is negotiated every five years. The Farm Bill determines which crops are given priority over others. In other words, certain crops like corn, wheat, soy and sugar beets are given priority privileges in this system by offering farmers things like lower insurance costs and subsidies. This makes producing those types of crops less expensive for a farmer and thus less expensive for you.

Crops that lead to obesity like corn, soy, wheat, and sugar beets are all subsidized as part of the farm bill. And crops like lettuce, radishes, cucumbers, and tomatoes that are linked with health are called “specialty crops” and are not subsidized.

So effectively, we are subsidizing the obesity epidemic and making it harder for someone with fewer means to afford health in general. Don’t be part of that problem by just throwing daggers. You can pick up the phone and call your local congressman and tell them you believe that “specialty crops” should get some love under the farm bill so they become more affordable for everyone.

Okay, Fine Be an As*hole If That’s Who You Are

Okay, so now that you know what science is saying about people who are fat like Tess Holiday, what do you think? Tess Holiday doesn’t just represent the body positivity movement with her #effyourbeautystandards campaign, but she incites anger from individuals who don’t understand how chemicals can impact hormones. I guess you could say she incites people who are ignorant and judgemental. If you feel the need to make fat people feel ashamed of their bodies, what does that say about you? Oh, yeah…that you are in fact, an asshole. I think that’s a medical term we can use here. Unfortunately, being an asshole isn’t something the medical industry can treat. However, if you are into all that new age stuff, there’s some movements you may want to check out.

The Partial Nuclear Meltdown in Los Angeles You Never Heard Of–Rocketdyne
Next Post: What Does “Safe” Mean? Well, It Depends on Your Perspective.