Turmeric is a spice native to India, used frequently in Indian cuisine and Ayurvedic medicine, as well as an ingredient in traditional Chinese medicine. It contains a very powerful antioxidant called curcumin which works to expel cancer-causing free radicals from the body. With everything in this day and age being chemically treated or artificially produced, it sometimes seems like chronic disease is inevitable. Statistics say that one out of every four deaths are caused by cancer. We live our lives with toxic air inside our homes, eat a processed diet, use personal care products linked to endocrine disruption and don’t get as much activity as we should. But all is not lost. There are several superfoods we can eat, herbs we can incorporate, and spices that lead to wellness. Turmeric is one of those spices that has studies demonstrating it’s effectiveness within a cancer preventing regimen. Join us as we explore ways incorporating turmeric can change your life and we’ve also included some recipes you can use to do that.

The Anti-Inflammatory Properties of Turmeric

Chronic illness is often accompanied by chronic inflammation and diseases like cancer, heart disease, metabolic syndrome, and cognitive disorders such as Alzheimer’s disease. These diseases may also be linked to chronic inflammation. Cancer and inflammation have a direct circular relationship with each other; excess inflammation may encourage cancer growth or inflammation may cause cancer. The ability to tame and control inflammation is probably its most powerful and most popular aspect which can be attributed to curcumin. Curcumin is considered one of the most powerful food-based anti-inflammatories in the world. It can also be effective when it comes to pain relief and pain management.

How Turmeric Helps With Cancer Prevention

Studies have shown that turmeric has cancer fighting abilities, which is great news for everyone considering close to 40% of people will be diagnosed within their lifetime. The good news is turmeric can cause cancer cells to commit suicide, which is called apoptosis. It sounds messier than it actually is. Apoptosis is fundamentally easier for your body to deal with and goes hand in hand with its ability to control cancer proliferation. Laboratory tests show how well curcumin is most effective on stomach cancer, breast cancer, bowel cancer, and skin cancer cells.

One thing to note is more studies need to be done on turmeric and cancer, but things look promising. So don’t forgo your cancer treatment and just eat turmeric all day. That wouldn’t be advisable. However, there are some additional positive benchmarks to take note of.  For instance, people who eat 100-200 mg of curcumin in turmeric exhibit lower incidences of certain cancers.

When your body creates new tissue inside your body, it also leads to the formation of blood vessels called Angiogenesis. Cancer cells need blood and oxygen to grow and multiply and when there are new blood vessels, cancer cells can get the nutrients they need to survive and spread tumors throughout the body. There are a number of foods available that have the potential ability to starve cancer cells and prevent their growth and multiplication in the body. Consuming them with turmeric as an additional ingredient can, in theory, help cancer cells retreat and shrink until they disappear.

Increases the Antioxidant Capacity of the Body

Our lifestyle, stress, chemical exposure, personal care, diet, and the environment can create highly reactive free radicals in the blood stream. These compounds create havoc in your system destroying cells and weakening their structure which will lead to chronic diseases and cancer. The anti-oxidants in Turmeric can potentially remove and repair these harmful compounds and alleviate the effects of cholesterol in the body.

Some doctors have started to prescribe a more natural approach to cancer and heart disease by adding curcumin and fish oil to their artillery of remedies. The antioxidant in Turmeric is believed to be five times more potent that vitamin C and vitamin E and can boost your body’s production of the best antioxidant known to man—glutathione.

With its anti-inflammatory properties, creams and skin remedies with this secret ingredient have shown to help skin cuts and lesions to heal faster that its regular rate. Diseases like psoriasis, eczema, and rosacea have inflammation as a common denominator which can potentially be treated molecularly with the help of curcumin found in turmeric. Paired with its glutathione boosting properties, it can also help improve the formation of collagen and reduces the formation of fine lines and wrinkles. When taken orally, it is also said to help with digestion, abdominal pain, gastrointestinal complaints, and it has properties that can stimulate the body to digest fats better.

Although most of the studies done on turmeric were limited or were done by supplement companies that had a vested interest in it’s popularity, this does not negate the findings. Most dietitians would still recommend turmeric but would say it’s best to combine it with other spices like black pepper, which can increase it’s absorption from the digestive system into the blood stream. People who consumer large quantities of turmeric and find a benefit are typically eating it as a spice in their food combined with other spices. Eating foods with more turmeric would be a solution instead of just relying on a supplement. 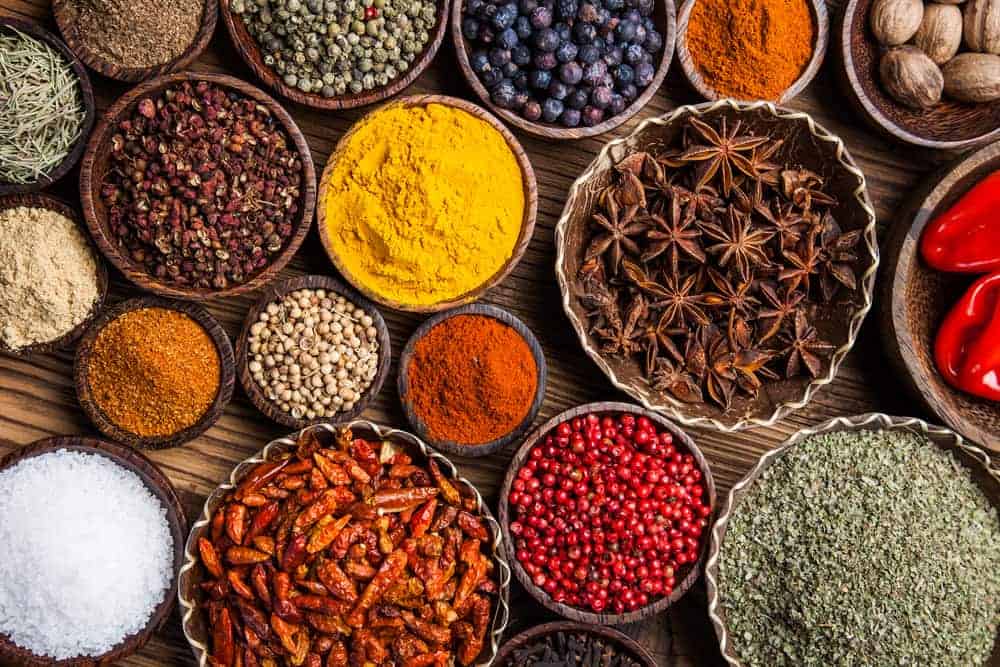 Wellness Recipes Including Turmeric You Can Try

And because we know the next thing you are going to do is a search for recipes with turmeric, we’ve provided them for you here. Below are some healthy turmeric recipes:

Pineapple-Carrot Turmeric Spritzer (Great for that time of the month!)

How often are you eating turmeric? How do you get your turmeric? Do you know anyone who eats or takes a turmeric supplement daily that has receive relief from inflammation? We’d LOVE to know. Let us know in the comments.

The Fatigue Factor: Find Your Personality Type & How It Affects Your Health
Next Post: Proton Pump Inhibitors (PPIs): New Study Shows How You Treat An Ulcer May Kill You