Last week, I received an email from a representative of Bertolli Olive Oil threatening to sue me for reporting on a UC Davis study years ago that found their extra virgin olive oils were not up to standards. Instead of pulling this post, what I’ve decided to do instead is take a closer look at Bertolli, the olive oil industry and issues around freedom of the press and influencers. Why would Bertolli feel compelled to harass influencers online? Who else have they harassed? And what do they gain by doing this? All those questions will be answered and more in this post. You’ve trusted Mamavation to cover topics like best and worst shampoo brands, 13 foods you don’t need to buy organic, and which retail stores are lining their cans with BPA, now join us as we take you through the perils of online reporting on the olive oil industry.

On August 10th, 2018, I received this email from Bertolli Olive Oil threatening to sue Mamavation if we didn’t pull this post here.

The information within the article based on a study made in 2010 by the University of California Davis Olive Center.  This study was completely discredited by the International Olive Council (IOC) through several public statements.

The study was further discredited when independent testing was unable to replicate the results of the study.

As the world’s number one olive oil brand, Bertolli exceeds the rigorous standards of the International Olive Council (IOC) and European Union (EU), the only legally-binding testing methodologies for olive oil.  Every batch of Bertolli olive oil is both chemically and sensory taste-tested before and after bottling.  Additionally, all Bertolli products and processes meet the highest international food safety standards and regulations (ISO 9001, IFS, BRC, FDA for USA export, CSQA.).

Bertolli is currently taking measures to vigorously defend the reputation of the brand and are perusing defamation against the original creators of this article.  Thus, we are reaching out to online pages that may see/share this false news innocently, so you may remove the article to avoid misleading your readers.

So we are legally obliged to request that you remove this link within the next 24 hours.

We have filed a lawsuit against other sites for defamation and commercial disparagement and we will continue to vigorously pursue any sites or pages that share these false articles.

If you do not remove the link and post within 24 hours from this message, our legal team will be in contact with you.

Thank you for your immediate action and support.

So when the UC Davis study hit, the internet exploded. The Los Angeles Times reported, “more than two-thirds of common brands of extra-virgin olive oil found in California grocery stores aren’t what they claim to be.” In addition, there were also concerns that genetically modified canola oil OR nut oils were showing up in batches of imported extra virgin olive oil, which can be very problematic for people with allergies.

“The purity issue is a major concern for some consumers. In the past, some state agencies have uncovered oils labeled as 100% extra-virgin olive oil that were blended with cheaper canola, seed or nut oils — a significant health threat to people with allergies. No such mixing was found in the recent tests of products sold in California, researchers said.”

The UC Davis report was also covered by the New York Times, Forbes, Newsweek, and several other traditional media outlets. But the real buzz came from internet sites that cover wellness issues. Hundreds of sites covered the story.

Bertolli was one of the brands called out in the report as not meeting standards. This quote comes from the UC Davis report:

Our laboratory tests found that samples of imported olive oil labeled as “extra virgin” and sold at retail locations in California often did not meet international and US standards. Sensory tests showed that these failed samples had defective flavors such as rancid, fusty, and musty. Negative sensory results were confirmed by chemical data in 86 percent of the cases. Our chemical testing indicated that the samples failed extra virgin standards for reasons that include one or more of the following: •

Bertolli Vows to Spend $25 Million to Save Brand After Lawsuit

Upon further investigation of Bertolli and the aftermath of the UC Davis report, I found that in 2014 they settled a class action lawsuit for over $7 MILLION for mislabeling and misrepresenting their olive oil to the public. And as part of that lawsuit, Bertolli had to adopt stronger testing practices to make sure its products conform with extra virgin olive oil standards. Later in 2017, they vowed to spend about $25 MILLION relaunching and marketing their brand in the United States and Italy where they make most of their profits.

Now, why would Bertolli spend time emailing and harassing bloggers threatening to sue them if they don’t pull a story? Well, this is called “suppression work” and it’s common in the online reputation management (ORM) industry. This is when SEO professionals harass people who own websites, forums, etc. demanding they remove negative depictions of their clients in comments, blog posts, or reviews. Of course, no one who operates a website likes these guys. And a lot of times they respond by pulling the post from fear of legal troubles or from just wanting the threatening emails to stop. Bertolli has been very successful in having other websites pull negative coverage about them over the years. And they bragged about it here. 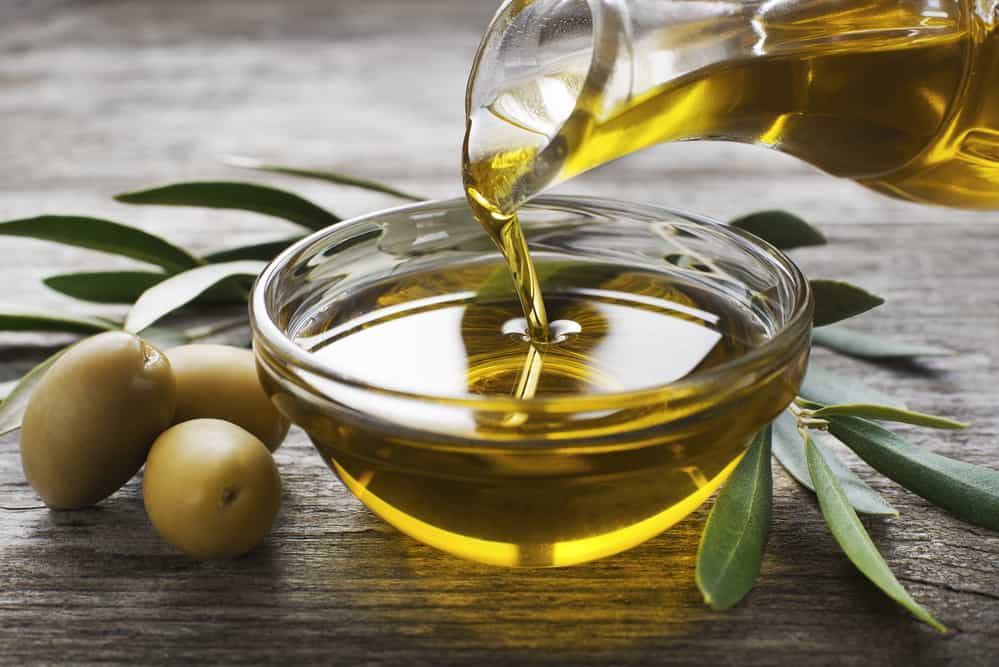 Are There Any Protections for Influencers Who Report the Truth on the Food Industry?

There are protections for influencers who report on factual news stories. They are called anti-SLAPP laws and they protect the smaller guys from being shut down by the bigger guys bullying them with more legal resources. Reputation Management Online reports these Anti-SLAPP laws are “meant to defend individuals against strategic lawsuits against public participation (SLAPPs) that seek to silence their free speech, anti-SLAPP laws can place the burden of proof on to the plaintiff — and ultimately, stop a defamation lawsuit in its tracks, making it difficult to win.”

The protections of these anti-SLAPP laws vary from state to state but fortunately for Mamavation, we operate in California where those laws are the strongest for freedom of speech purposes. If you are curious about what the laws are in your state you can check that here. So states like California, Texas, Oregon & Nevada have excellent protections for influencers putting the burden of proof on the companies suing and states like New York, Tennessee, Washington & Utah have very week anti-SLAPP laws.

But ultimately the legal industry is like a game of chicken. Anyone can sue you for any reason regardless of merit and you still need to show up and defend yourself in court regardless of what the claim is. If a company sues you and you are found innocent, you can counter sue for all the expenses it took to fight that case. But again, there are no guarantees in life so influencers are at the mercy of that company and the resources they can front before a legal decision is made. If you are an influencer, I would highly encourage you to get insurance coverage (like we have) to protect yourself from an instance like this.

60 Minutes Reports on Fraud in the Imported Olive Oil Industry

The television news story magazine 60 Minutes also reported on corruption of the olive oil industry in two different segments. This one here was called “Agromafia” and was a segment about the Italian mafia and it’s work behind the scenes selling Americans fake extra virgin olive oil cut with sunflower oil, which can be very problematic to someone with extreme allergies. This segment shows a customs official recreating how fraudulent extra virgin olive oils are passed off as the real thing.

Then later they also created a segment on 60 Minutes Overtime interviewing an expert who explained how the food supply chain is so global that it’s easy for the bad guys to get away with creating fake extra virgin olive oil. The experts give some advice on how to spot a fake olive oil.

But of course, 60 Minutes in their rush to get a story out, may have forgot to mention that the smaller imported olive oils from Italy were perhaps better than the bigger guys. So here is a response from a smaller company reminding us of that important tidbit.

The American Oil Chemists Society responded with a report that gives more background. And then the North American Olive Oil Association (NAOOA) also responded with several counterpoints such as:

The International Olive Council (IOC) responded by saying: “The IOC also noted in a statement that it conducts chemical tests on “some 200 samples of imported oils sold in the United States” each year and, according to IOC findings, anomalies are detected in less than 10% of the imported oils analyzed. Bob Bauer, president of NAOOA, pointed out that the market share of the brands with anomalies listed in the UC Davis report averages about 1% of the North American market. “We’ve never had a problem with any of the brands listed in the report,” he said.”

The North American Olive Oil Association (NAOOA) also immediately responded saying they guard against adulteration through random testing. “While there are rare instances of adulteration, the NAOOA’s testing of hundreds of bottles each year confirms that it’s actually a very rare occurrence today,” said Eryn Balch, NAOOA’s executive vice president. “Unfortunately, the misconception is stronger than ever due to the reach of blogs and social media that promote inaccurate claims.”

So Is Bertolli Real Extra Virgin Olive Oil Or Not?

So is Bertolli real extra virgin olive oil or not? The real answer is I don’t know. And the reason for that is so much time has gone by since the report in 2010. And to make matters worse, UC Davis has not repeated that study. There have been SEVERAL studies paid for by the international olive oil industry stating that everything is okay. But I really want to see something else from a consumer-driven organization instead to be sure.

But common sense tells me that it’s VERY likely that Bertolli has cleaned up their act because of the intense public scrutiny and lawsuits. One good thing I have to report about them is they now have three organic olive oil products you can purchase. Genetically modified oils are prohibited in organic products, so you can rest assured they at the very least do not contain genetically modified canola oil. Whether their “extra virgin olive oil” is what it says it is is another story I’m not sure about. If you decide to purchase a Bertolli extra virgin olive oil, you’ll have to take their word for it.