Are you avoiding cows’ milk and want a really good plant-based milk beverage like cashew milk, almond milk, soymilk, coconut milk, rice milk, or oat milk? Mamavation looked into the ingredients of the most popular plant-based “milk” beverages and is reporting back on which products are the best for your family. You’ve trusted Mamavation to bring you topics like safest cookware without PFAS and nanomaterials, safest ketchup sans PFAS, & best & worst green beauty makeup sans PFAS, now join us as we bring you the best & worst plant-based milk beverages including cashew, almond, soy, coconut, rice, oat, & specialty beverages.

Sales of non-dairy beverages are expected to reach $19.67 billion globally by 2023, which is an annual rate of 12% growth. As this has happened conventional dairy sales have declined. Dairy-free milk and its varying texture and ingredient lists are on the rise.

According to research in 2019, over 6.1 million Americans, including children, are allergic to dairy in the United States. This is the primary driver for the increase in plant-based “milk” beverages. According to the Center for Disease Control & Prevention, in terms of children, the prevalence of food allergies increase by 50 percent between 1997 and 2011. Today 1 in 13 children in a classroom have a food allergy. This is basically 2 per classroom. Milk allergy is the most common food allergy for children and infants.

Allergic reactions vary from life threatening reactions to skin reactions like hives, projectile vomit, or severe diarrhea. Each person reacts differently so please talk to your doctor about symptoms. These types of allergies have fueled dairy-free, gluten-free, nut free for nut allergy, and many other “free-from” foods.

Lactose intolerance is defined as a syndrome of diarrhea, bloating, flatulence, and abdominal pain directly after the ingestion of dairy milk sugar lactose. This is a direct result of the decreased amount of enzyme lactase, which breaks down lactose in the body.

In terms of the more recent growth of plant-based beverages, the sweeter taste is the driving factor for those who purchase them. The sweeter taste, mostly had by plant-based beverages is due to added sweeteners. This is not a healthy aspect of these products. Most people are not picking up unsweetened versions of these “milks”, which is their healthiest form, but are opting for the ones with added sweeteners and other flavors, which can be synthetic and derived from petroleum ingredients. Trends of adding these “milks” to smoothies have also increased.

Millennial lifestyles selecting food products that focus on animal welfare has also driven the fast growth of plant-based “milk” beverages. There is also an increase in vegan lifestyles that reject the exploitation dairy cows. Here are some examples of what dairy cows have to withstand:

This is a rejection of cows’ milk and the carbon footprint that goes with it.

The carbon footprint of the meat & dairy industry is quite large. Cattle produce more greenhouse gases worldwide than any other agricultural source. Every year, a single cow belches about 220 lbs. of methane. Granted, that methane is short lived in the atmosphere, but it’s 28 times more potent.

No one is really arguing that factory-farmed dairy is contributing to greenhouse gases, but there is lots of debate about which system of dairy products is better for the environment: plant-based “milks” vs. organic milk.

If we are talking about factory-farmed dairy operations, it’s clear that system of producing milk is a significant producer of localized pollution, climate change, and the pollution of water resources. However, proponents of organic milk claim that the organic system is more sustainable because ruminants are less gassy because of their mostly grass diet, which contributes to soil health that also captures carbon long term, and requires less petroleum-based chemical useage.

Regardless of how you feel about the subject, there are some differences to acknowledge. 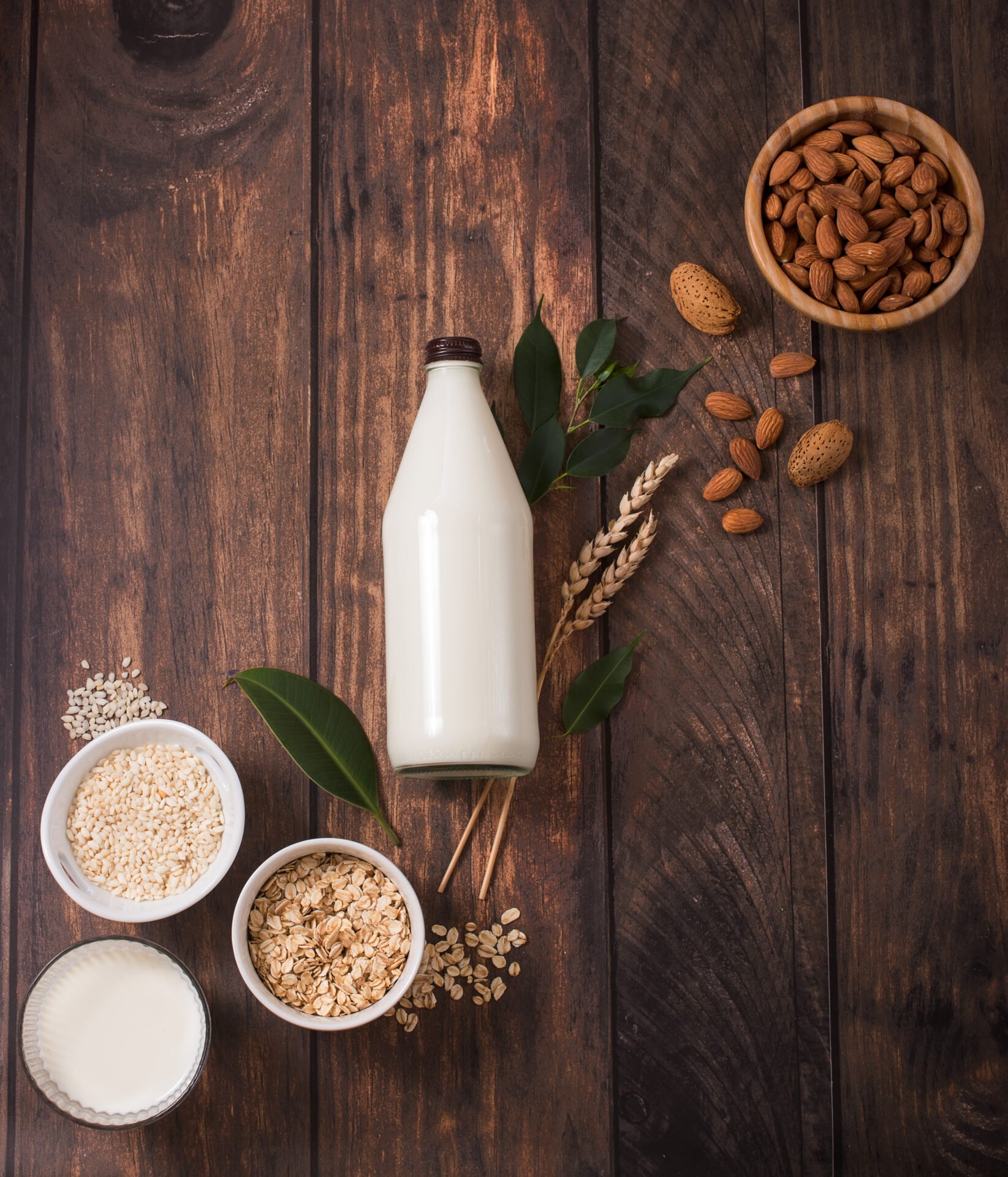 Because of the popularity of plant-based “milk” beverages, there are now more problematic brands producing milk that are full of ingredients that are not “healthy” or beneficial. When you purchase these “milk” substitutes, make sure to watch out for the following. 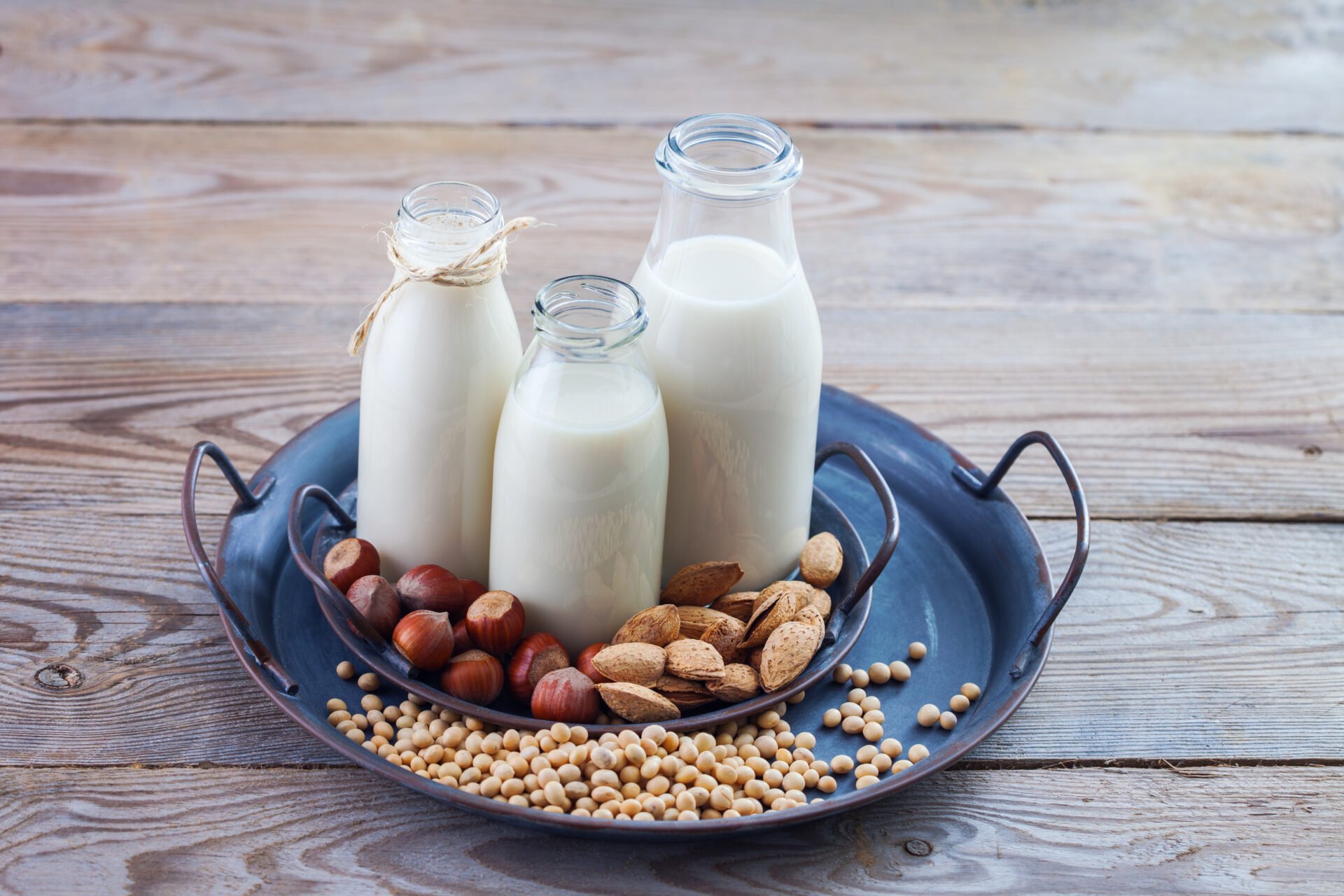 We’ve broken down for you the vast majority of plant-based “milk” beverages and what their nutritional composition looks like and what the basic challenges are when searching for the best product for your family. You’ll get their protein content, calories, fat, and carbohydrates. You’ll also be informed of special nutritional benefits like minerals, potassium, the likelihood of added vitamin d, or vitamin b12, and warnings on health impacts.

Each plant-based “milk” beverage here ranked between 1-2 stars. None of these brands were organic, which means they may have higher levels of pesticide residue. The ingredients of these products were of poor quality containing lots of things like caraganeen, flavors, sweeteners, preservatives, thickeners/gums, lecithin, & vegetable oils. They are likely to have a higher amount of sugar and be derived from genetically modified crops and other ingredients.

Not Our Favorite Almond Milk Beverage

Not Our Favorite Soy Milk Beverage

Not Our Favorite Cashew Milk Beverage

Not Our Favorite Coconut Milk Beverage

Not Our Favorite Rice Milk Beverage

Not Our Favorite Oat Milk Beverage

Not Our Favorite Blended/Specialty Milk Beverage 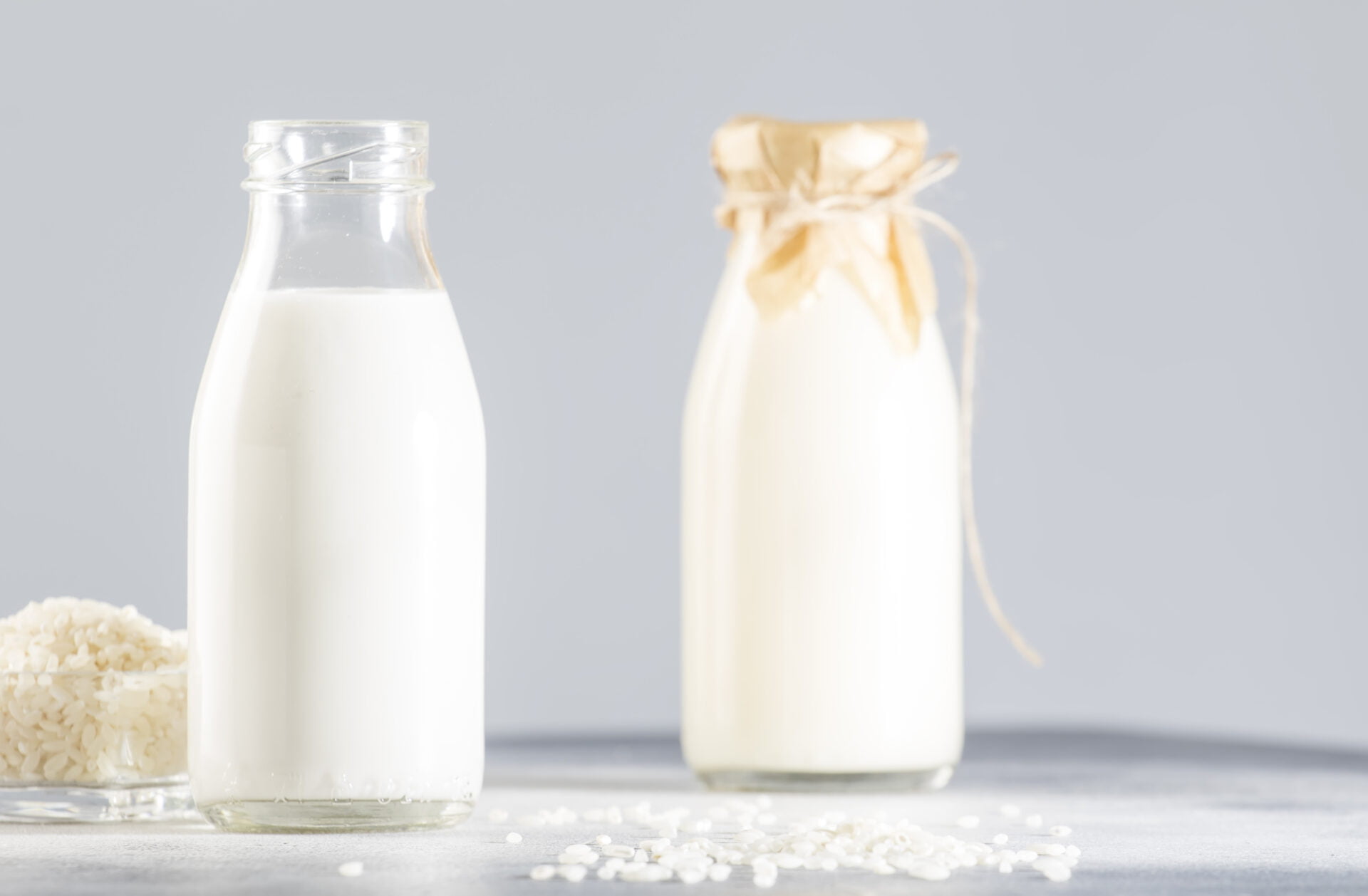 Each plant-based “milk” beverage ranked between 3-4 stars. Some but not all of these products are organic. They have a higher quality of ingredients than the 1 rank, but you may see some caraganeen, flavors, sweeteners, preservatives, thickeners/gums, lecithin, & vegetable oils. They are likely to have a higher amount of sugar.

Each plant-based “milk” beverage ranked 5 stars. These products are mostly organic, which means they should not have any pesticide residue. These products should not contain caraganeen, flavors, sweeteners, preservatives, thickeners/gums, lecithin, & vegetable oils. They are likely to have a lower amount of sugar and will NOT be derived from genetically modified crops and other ingredients.