10 Cancer Causing Foods in Your Diet

How much have you researched about cancer-causing foods? Did you know the American Cancer Society now reports the chances of getting cancer are now 1 in 2 for men, and 1 in 3 for women? Those staggering numbers indicate a growing epidemic in the U.S., but it isn’t time to throw in the towel. In their annual cancer progress report, The American Association for Cancer Research stated that:

“it is estimated that more than 50 percent of the 585,720 cancer deaths expected to occur in the United States in 2014 will be related to preventable causes.”

With over half of cancers being avoidable, it seems that we need to take a closer look at what we are subjecting our bodies to that might be at the root of the cancer epidemic. We’ve already discussed how to reduce your breast cancer risk by doing an armpit cleanse, but one of the greatest exposures to cancer is in what we eat. Cancer-causing foods are likely in your everyday diet and you didn’t even realize it. We recommend you look into sites like Thrive Market to purchase healthy food 25-50% below retail and learn more about what to avoid. And click here for our FREE newsletter that will keep you informed of news and product investigations impacting your family’s health. Below you’ll see 10 cancer-causing foods to avoid:

Hydrogenated oils, like vegetable oil, contain trans fats.  The Mayo Clinic says it’s considered to be the worst type of fat there is. It’s known to cause cancer, heart disease, and immune system problems  says Dr. David Brownstein of News Mac Health. In fact, there is no safe amount of trans fats in your diet, so avoiding this cancer-causing food altogether would be advised. Even the FDA has made a preliminary determination to say trans fats are not generally regarded as safe, like previously thought. You can avoid hydrogenated oil but instead choosing  coconut, palm, or olive oil. Organic butter is a better option as well.

Here are some options for better oils for your family:

We know that these foods aren’t good for us, but did you realize that they’re considered cancer-causing foods? These fast food staples are fried in hydrogenated vegetable oil and then heavily salted. We’ve already discussed the dangers of hydrogenated oils, but the high salt content is also concerning. It increases the risk of high blood pressure as well as other health problems. In addition, foods heated above a certain temperature have high levels of acrylamide. According to the National Cancer Institute, acrylamide is found in cigarette smoke and industrial building materials, as well some foods. Both french fries and potato chips were found to have higher levels of this chemical, which studies have shown increase the risk of cancer. Potatoes are also part of the Environmental Working Group’s “Dirty Dozen”, meaning they have some of the heaviest pesticide residue of all the fruits and vegetables.

Snacks that are better for your family: 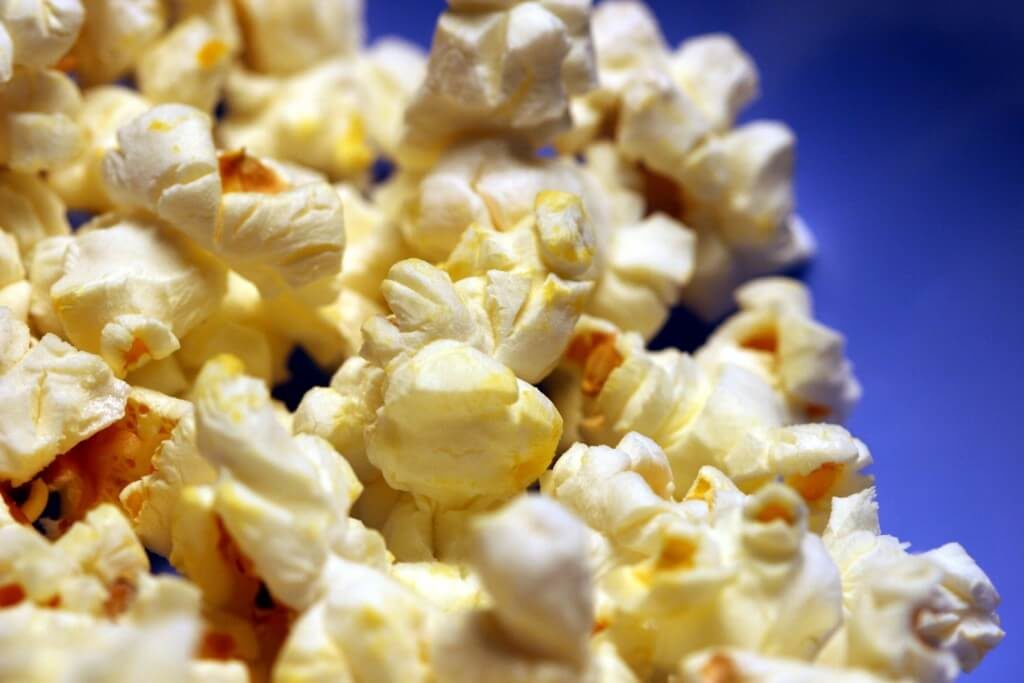 There is more than just kernels in most microwave popcorn. It contains PFOA (perfluorooctanoic acid) which is a likely carcinogen. Dr. Andrew Weil sets the record straight about microwave popcorn, explaining artificial butter contains another dangerous chemical that can damage the lungs when inhaled. In fact, a couple of years ago a Colorado court awarded a man a $7.2 million settlement for “popcorn lung”, which is a lung condition caused by inhaling too much microwave popcorn. To reduce your risk of exposure to these chemicals, air pop your popcorn and add your own flavoring instead.

Bacon, lunch meat, hot dogs, sausages, and other processed meats have been shown to be cancer-causing foods, increasing the risk of pancreatic cancer by 67%, a study by the University of Hawaii concluded. More shocking statistics shared by the Organic Consumer’s Association reveal hot dogs commonly contain sodium nitrite, a cancer-causing ingredient the USDA has been trying to ban since the 1970s. Leukemia risks soared a staggering 700% with hot dog consumption. Look for meats free of nitrites to help reduce your risk of these cancer-causing foods.

A brand new study confirms the belief that red meat increases cancer risks. In an article from the San Diego Union Tribune detailing the study, a sugar molecule, called Neu5Gc, becomes part of your own cells when it’s consumed. Your body then attacks it, resulting in inflammation and a higher cancer risk. Medscape reveals previous studies also show an increase in breast cancer among women who consumed more red meat. You don’t need to cut out red meat entirely. In fact, CNCA Health says just opt for grass fed organic beef, which contains conjugated linoleic acis that can actually fight against certain cancers.  Also, keep red meat consumption to a minimum to further decrease your risk.

A great source for grassfed beef:

If you are avoiding processed meats and red meat, you might find yourself eating more salmon. Well, avoid the farmed version of this fish because a study at the University at Albany found it is often full of cancer-causing contaminants such as pesticides, antibiotics, PCBs, and even flame retardants, making it, in our opinion, one of the cancer-causing foods. Opt for the wild version instead to get the benefits of Omega-3 fatty acids that salmon provides, without contaminants.

Refined sugar is a danger because not only is it typically genetically modified (GMO) because it’s sugar beets, but it rapidly spikes insulin levels. CNCA health warns this in turn, feeds cancer cells. Fructose, the type of sugar found in soda, is a serious cancer culprit as well. It contains caramel color, a known carcinogen. Soda acidifies the body, which in turn causes cancer cells to multiply. Skip the sodas altogether limited your intake of refined sugars.

Try Kombucha for a change of pace:

If you see buzzwords like “diet”, “low-fat”, “fat-free”, or “sugar-free” then those missing items are likely to be replaced with chemicals. Diet foods are loaded with artificial sweeteners, artificial colors and flavors, and more. One artificial sweetener, Saccharin, was determined to cause cancer in lab rats, as the National Cancer Institute points out. As for food dyes and coloring, “The three most widely used dyes, Red 40, Yellow 5, and Yellow 6, are contaminated with known carcinogens. Another dye, Red 3, has been acknowledged for years by the Food and Drug Administration to be a carcinogen, yet is still in the food supply.” Choosing the regular version of these foods in moderation is a better option than the diet counterparts, and will help you avoid cancer-causing foods.

Bleached food doesn’t sound like a good thing, because it isn’t. Traces of the chemicals remain in the food. Also, highly processed flours also have a high carbohydrate content which upset the blood sugar balance inside our body and leads to a higher production of insulin and thus feeds cancer cells. Avoid carbohydrates that are highly processed such as white bread, white pasta, white rice, soda & concentrated fruit juices to avoid this reaction in your body.

With no testing done by the FDA to ensure safety, GMOs (genetically modified organisms) have made their way into the majority of our foods. These GMO foods have been modified to withstand heavy doses of a pesticide called glyphosate OR are engineered to contain a toxin that kills bugs. Not enough independent studies have been done to prove safety or danger, but independent testing has shown to cause rapid tumor growth in lab rats. Currently GMOs do not have to be disclosed on food labels in the US. In addition, Glyphosate, which is the most common pesticide sprayed on GM crops and an additional 200 crops, has been linked to Non-Hodgkin’s Lymphoma, birth defects, intestinal discomfort, among other things. The only way to avoid GMOs and pesticides is to choose foods that are certified organic.

For more information on how to avoid cancer-causing foods in your diet, pick up a copy of Green Enough: Eat Better, Live Cleaner, Be Happier (All Without Driving Your Family Crazy!). And for weekly updates about our product investigations, solutions for your family and wellness news you need to know about, click here to join our FREE newsletter.

Disclosure: Mamavation has an affiliate relationship with Thrive Market. By clicking on links to Thrive Market you help support our investigations. Thank you!

Why Congress May Be Bad for Your Health
Next Post: Affordable Organic Food: How To Find Deals On Non-GMO Food

Is toxic PFAS in your fast food and fast casual fo

Wellness Community Statement🔥WE CARE. AND WE

What ever happened to @gretathunberg? 🥰 . I spe

Mysterious seeds from China were mailed to me mont

When I started this front yard garden, I had no id

Thank you to all the green living and wellness blo

Ladies of wellness and green living!! 🌸🌱🌎

Hey friends in wellness!! Your silence is deafenin

Standing with my brothers and sisters. I see what

This garden brought our family together. 🌱 . I

Is toxic PFAS in your fast food and fast casual fo

Wellness Community Statement🔥WE CARE. AND WE

What ever happened to @gretathunberg? 🥰 . I spe

Mysterious seeds from China were mailed to me mont

When I started this front yard garden, I had no id

Thank you to all the green living and wellness blo

Ladies of wellness and green living!! 🌸🌱🌎

Hey friends in wellness!! Your silence is deafenin

Standing with my brothers and sisters. I see what

This garden brought our family together. 🌱 . I