Amid global debate over the safety of glyphosate-based herbicides such as Monsanto’s Roundup, numerous claims have been made to defend the product’s safety. In the wake of two recent landmark jury rulings that found Monsanto’s Roundup to be a substantial factor in causing non-Hodgkin lymphoma, we examined some of these claims and fact-checked them for accuracy. You’ve trusted Mamavation to bring you topics like safest teas &  how independent scientists determine safety, now join us as we bring to you Stacy Malkan from US Right to Know and a discussion on pesticide cheerleaders and their claims.

Disclosure: This post was written by Stacy Malkan from US Right to Know. 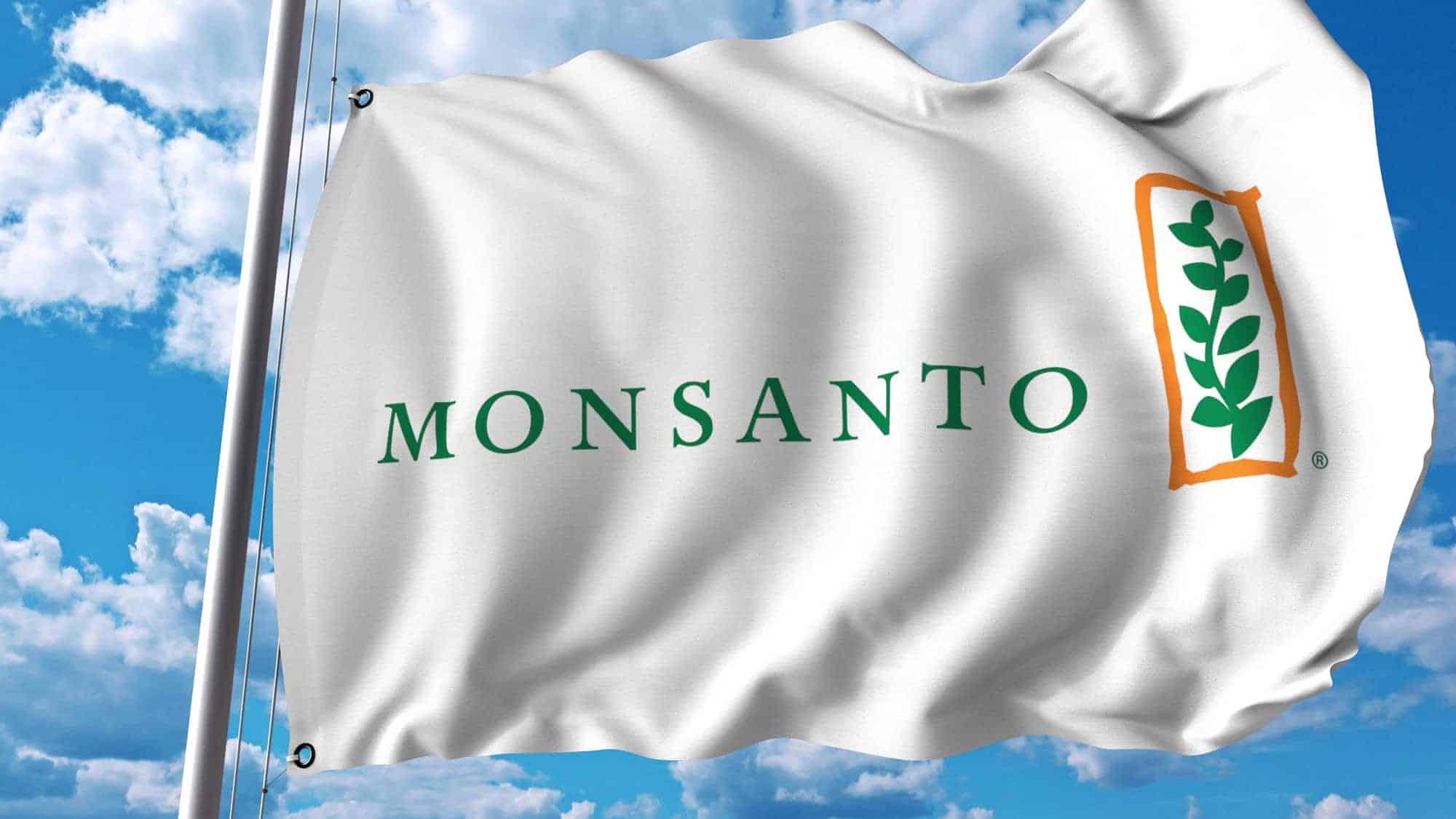 This article by Mark Lynas contains several inaccurate and misleading statements. Like many promoting glyphosate products, the claims here focus on trying to discredit the International Agency for Research on Cancer (IARC), which classified glyphosate as a probable human carcinogen in 2015.

CLAIM: IARC is a “little known and rather flaky offshoot of the World Health Organization” that “finds almost everything carcinogenic”

FACT: IARC is the specialized cancer research agency of WHO with expert panels comprised of independent scientists from various disciplines of cancer research. In its 50-year history, IARC has assessed 1,013 substances and found 49% of those were “not classifiable as to its carcinogenicity to humans”; 20% were classified as known or probably carcinogenic to humans.

CLAIM: “early drafts of the IARC assessment were extensively altered at a late stage to point towards a carcinogenicity finding – even when the science they were assessing pointed away from this”

FACT: This claim is sourced with a flawed Reuters report by Kate Kelland that left out crucial facts, including the fact that most of the information IARC didn’t adopt from “early drafts” was from a review article co-authored by a Monsanto scientist. The review article  “did not provide adequate information for independent evaluation of the conclusions reached by the Monsanto scientist and other authors,” IARC said. Kelland has written a number of stories critical of IARC; documents released in 2019 establish that Monsanto secretly had a hand in some of her reporting.

Lynas used one other source to buttress his claims about wrongdoing at IARC: David Zaruk, a former chemical industry lobbyist who once worked for the public relations firm Burson-Marsteller.

CLAIM: Glyphosate is the “most benign chemical in world farming”

SOURCE: Mark Lynas is a former journalist turned promotional advocate for agrichemical products. He works for the Cornell Alliance for Science, a PR campaign housed at Cornell University that is funded by the Bill & Melinda Gates Foundation to promote and defend GMOs and pesticides.

American Council on Science and Health

CLAIM: IARC’s report on glyphosate was a case of “scientific fraud”

FACT: ACSH based its “fraud” claims on the same two sources Mark Lynas used to try to discredit IARC: the flawed article in Reuters written by a reporter who has cozy ties to Monsanto, and the former chemical industry lobbyist David Zaruk.

SOURCE: The American Council on Science and Health is a front group that receives funding from chemical, pharmaceutical and tobacco companies, and pitches its services to industry groups for product defense campaigns, according to leaked internal documents. Emails from 2015 establish that Monsanto was funding ACSH and asked the group to write about the IARC glyphosate report. An ACSH staffer responded that they were already involved in a “full-court press re: IARC” regarding agrichemicals, phthalates and diesel exhaust.

Yvette d’Entremont, a.k.a. the “Sci Babe” FACT: Several major credible studies link Monsanto’s Roundup or its key component glyphosate to cancer, including a study submitted to the EPA in the 1980s that EPA scientists at the time said was evidence of cancer concerns. There are too many studies to list, but citations can be found in the 2015 International Agency for Research on Cancer Monograph on Glyphosate.

Additionally, a broad scientific analysis of the cancer-causing potential of glyphosate herbicides published in February 2019 found that people with high exposures to Monsanto’s Roundup had an increased risk of developing a type of cancer called non-Hodgkin lymphoma.

SOURCE: Yvette d’Entremont is a “contributing editor” to Self Magazine with a column called “SciBabe Explains.” Self Magazine does not disclose to its readers that SciBabe partners with companies whose products she defends. In 2017, the artificial sweetener company Splenda partnered with SciBabe to help “empower fans of the SPLENDA® Brand to take an active role in busting myths about sucralose.” Chemical companies have sponsored some of her speaking engagements at farming conferences.

CLAIM: Glyphosate “has been so thoroughly studied for toxicity and the concentrations found in humans are so low that there is no need for further study … there is really nothing left to justify further research!”

FACT: In sworn testimony admitted into evidence in ongoing litigation against Monsanto and its owner Bayer AG, former Monsanto CEO Hugh Grant acknowledged the company never did any epidemiology study of glyphosate-based herbicide formulations the company sells. The company also sought to block a toxicity evaluation of glyphosate formulations by the Agency for Toxic Substances and Disease Registry.

According to Judge Vince Chhabria, who presided over a recent federal trial that resulted in $80 million in damages against Monsanto, “the plaintiffs have presented a great deal of evidence that Monsanto has not taken a responsible, objective approach to the safety of its product.” The judge also wrote:

Regarding pesticide residues in people, recent science is raising concerns that current regulations do not provide adequate health protections. See reporting by Carey Gillam, “Chemicals on our food: When ‘safe’ may not really be safe,” and commentaries by scientists here, here and here.

CLAIM: “You can drink a whole quart of [glyphosate] and it won’t hurt you.”

FACT: Even Monsanto says you should not drink glyphosate. According to the company’s website, “glyphosate isn’t a beverage and should not be ingested – just like you wouldn’t drink shampoo or dish detergent. It is always important to use products for their intended purpose and as directed on the label.” (The post also clarifies that Moore “isn’t a Monsanto lobbyist or employee.”)

SOURCE: Moore has been portrayed as a co-founder of Greenpeace who “calls out his former group” as he argues for deregulation of toxic products or polluting industries. According to Greenpeace, “Once upon a time, Dr. Patrick Moore was an early Greenpeace member. Now he is a public relations consultant for the polluting companies that Greenpeace works to change.” In 2014, Moore testified to a U.S. Senate committee that there is no scientific evidence that human activity is causing global warming.

Kevin Folta, PhD, professor at the University of Florida CLAIM: “I’ve drank [glyphosate] before to demonstrate harmlessness” … “I’ve done it live and will do it again. Must be mixed w/coke or c-berry juice. Tastes soapy. No buzz”

FACT: While Dr. Folta may indeed have consumed glyphosate, this is bad advice coming from an unreliable source. As described above, even Monsanto says you should not drink glyphosate.

SOURCE: Professor Folta has misled the public on many occasions about his agrichemial industry ties. In 2017, Dr. Folta sued the New York Times and Pulitzer-Prize winning journalist Eric Lipton for reporting on Folta’s undisclosed collaborations with Monsanto to help defeat GMO labeling. The lawsuit was dismissed.

video interview on the Real News Network (May 2015)

CLAIM: “I think there’s several very comprehensive meta-analyses that have been done recently that show there are no unique toxicological or carcinogenicity effects associated with the use of Monsanto’s Roundup. There was the German Federal Institute for Risk Assessment that just reviewed hundreds of toxicological studies and nearly a thousand published reports, and concluded that the data showed neither carcinogenic or mutagentic properties of glyphosate, nor that glyphosate is toxic to fertility, reproduction, and or embryonic fetal development in lab animals … And I wouldn’t call Germany necessarily a country where you would expect them to be doing a risk assessment that wasn’t really looking at what the data’s saying.”

FACT: A 2019 report commissioned by Members of Parliament in the European Union found that Germany’s risk assessment agency “copy-and-pasted tracts from Monsanto studies.” See reporting in the Guardian by Arthur Neslen, “EU glyphosate approval was based on plagiarised Monsanto text, report finds.”

SOURCE: Dr. van Eenennaam is a leading promoter of genetically engineered animals and crops, and a fervent advocate for deregulation. Documents show she has coordinated with agrichemical companies and their public relations firms on PR and messaging.

This 2017 feature-length documentary promotes genetically engineered foods as the solution to world hunger but glosses over a key controversy at the center of the GMO debate: whether Monsanto’s Roundup, the herbicide that most GM crops are engineered to resist, causes cancer. The film does not even mention the IARC report that found glyphosate to be a probable human carcinogen, and it relies on just two sources to claim that glyphosate is not a worry.

CLAIM: The film shows footage of Monsanto’s Robb Fraley giving a speech; when an audience member asked him about studies linking glyphosate to cancer or birth defects, Fraley waved his hand dismissively and said all those studies are “pseudoscience.”

FACT: Comparing the toxicity of short-term exposure of glyphosate to things like coffee or salt is irrelevant and misleading; concerns about links to cancer are based on chronic, long-term exposures to glyphosate.

SOURCE: Food Evolution was produced by Scott Hamilton Kennedy, narrated by Neil deGrasse Tyson and funded by the Institute for Food Technologists, an industry trade group. Dozens of academics have called it a propaganda film, and several people interviewed for the film described a sneaky and deceptive filming process. NYU Professor Marion Nestle asked to be taken out of the film, but the director refused.

CLAIM: “The truth is, glyphosate is not carcinogenic.”

FACT: This article by Julie Gunlock provides no scientific backing for its claims; the only links lead to previous IWF blogs accusing environmental groups of lying and “unnecessarily scaring moms.”

CLAIM: “IARC’s determination [that glyphosate is a probable human carcinogen] was found by numerous experts to have excluded dozens of studies that found no evidence of glyphosate being carcinogenic. Experts also found IARC’s review to be based on flawed and discredited science, some even going so far as to say the conclusion was ‘totally wrong.’”

FACT: IFIC relied on industry sources for these claims, linking to articles by Val Giddings, PhD, former trade group executive turned PR consultant for the agrichemical industry; and Keith Solomon, a toxicologist who was hired by Monsanto to assess the IARC report. This photo posted to the IFIC glyphosate page (then deleted after we called attention to it) is an example of the type of messaging the food industry uses to try to convince women to trust their “experts.”