What is the Air Quality Like in Your City? FIND OUT HERE

The World Health Organization studied air quality around the world and declared 92% of the world is breathing dangerous amounts of pollutants. And this becomes dangerous when you consider how many people each year are killed by symptoms of air pollution–9 million. That means air pollution kills more people than wars, obesity, smoking, and malnutrition combined. And It makes you wonder why more people aren’t screaming about air pollution since it’s so incredibly lethal. But if you are a parent, air pollution can also rob your child of opportunity in life because it’s linked to brain alterations and cognitive impairments like autism, asthma, increased mental illness, and low achievement in school. Long story short, living in a place with better air quality will improve your health, hormones, impulse control and your IQ. You’ve trusted Mamavation with investigations on things like deodorant, shampoos & which companies line their cans with BPA, join today us as we explore solutions to poor air quality and share with you how to find out where your city ranks.

Where Does The Air Pollution Come From?

Pollution varies depending on where you live and what people are doing. Cities have different pollution than the countryside. Most of this post will explore city pollution because that is where the vast majority of Americans are, but pollution in the countryside is also an issue. In the countryside, where farms are very prevalent, toxic persistent pesticides are also very prevalent. In Oxnard, California, for instance, where strawberries are grown, the schools have seen a big problem with pesticides and behavioral problems. According to The Nation,

“They include sixty-six chemicals that have been identified by the state’s Office of Environmental Health Hazard Assessment as the most likely to drift through the air and cause harm. Studies in laboratory animals and humans have linked many of these chemicals—including the organophosphate chlorpyrifos and fumigants 1,3-Dichloropropene (1,3-D), metam sodium, methyl bromide and chloropicrin, all used in strawberry production—to one or several chronic health conditions, including birth defects, asthma, cancer and multiple neurodevelopmental abnormalities.”

The California Office of Environmental Health Hazard Assessment monitors pesticide use in California and records them annually. You can view a map here of how prevalent pesticide use is in your city. Although California is the “salad bowl” of the United States, there are certainly other states that use toxic persistent pesticides like glyphosate on their farms. In fact, the US Geological Survey Office has surveyed rain and water samples in two midwest states to discover that it’s raining glyphosate in amounts they are uncomfortable with. Glyphosate is the most popular herbicide on the planet. Use of glyphosate has increased since the invention of genetically modified crops (or bioengineered crops as they now want to be called) because glyphosate is sprayed on most GMO crops.

As for the big cities, we used to think that air pollution inside large cities was from cars, but a recent study found that most air pollution is coming from everyday products like household cleaners, personal care products, perfumes and other industrial products that emit volatile organic compounds (VOCs). These chemicals are escaping our homes and letting loose into the air.

But what about cars? American automobiles have actually been improving in emissions and that amount has gone down significantly. And although half of the emissions you find in large cities is coming from VOCs within and around people’s homes, when it comes to automobiles the problem is diesel exhaust from trucks. This exhaust is one of the nation’s most pervasive sources of toxic air pollution in the United States. With over 11 million diesels in the United States emitting pollutants daily, it adds up to the premature deaths of over 21,000 per year.

Volatile Organic Compounds (VOCs) are found in many products in your home. When VOCs interact with the ozone inside your home & sunlight they create smog. Therefore, smog can be found outside AND inside your home.  VOCs include many different chemicals like formaldehyde, toluene and acetone. And you can find them inside things like furniture made with particleboard, carpets, flooring, cleaning products, air fresheners, pesticides, fiberglass, gas stoves, and wood finish. They can also find their ways into cosmetics we use every day like perfume, hairspray, rubbing alcohol, nail polish and nail polish remover.

VOCs have the ability to make your life miserable. They can irritate your eyes and nose or trigger asthma attacks. The long-term effects are far scarier and include liver, kidney, central nervous system damage and cancer. The best evidence to date suggests that the higher the dose of air pollution, the worse our bodies reactions will be. Because air pollution ranks as the 5th most concerning health risk factor worldwide, it’s critical to identify and decrease particulate emissions. Research has demonstrated that children that live in greener neighborhoods have less asthma and do better in academic settings.

Particulates or PM stand for particulate matter and is also referred to as “particle pollution.” It refers to a mixture of solid particles and liquid droplets found in the air like dust, dirt, soot & smoke and are large or dark enough to be seen by the naked eye. And some are so small they can only be detected by an electron microscope.

To put this into perspective, a single hair on your head is about 70 micrometers in diameter, which is about 30x larger than the largest fine particle. PMs less than 10 micrometers post the greatest problems because they can get deep into your lungs and even into your bloodstream. And when you see smog in the city, that is when you are seeing PM 2.5, which is the main cause of reduced visibility in parts of the United States. Exposure to such particles can affect both your heart and your lungs such as premature death, heart attacks, irregular heartbeat, aggravated asthma, decreased lung function, irritation inside the lungs, coughing or difficulty breathing.

How Polluted is the Air Quality Within Your City?

How do you find out how your city ranks among the world? Well there a website that tracks every city in the world and monitors and predicts air quality daily. I like this site better than the one from the EPA because, well, politics. The Environmental Protection Agency in the last couple years has been hiding research, firing scientists that speak out against policies that put the public in danger, and lowering what constitutes as “pollution.” So there’s that. 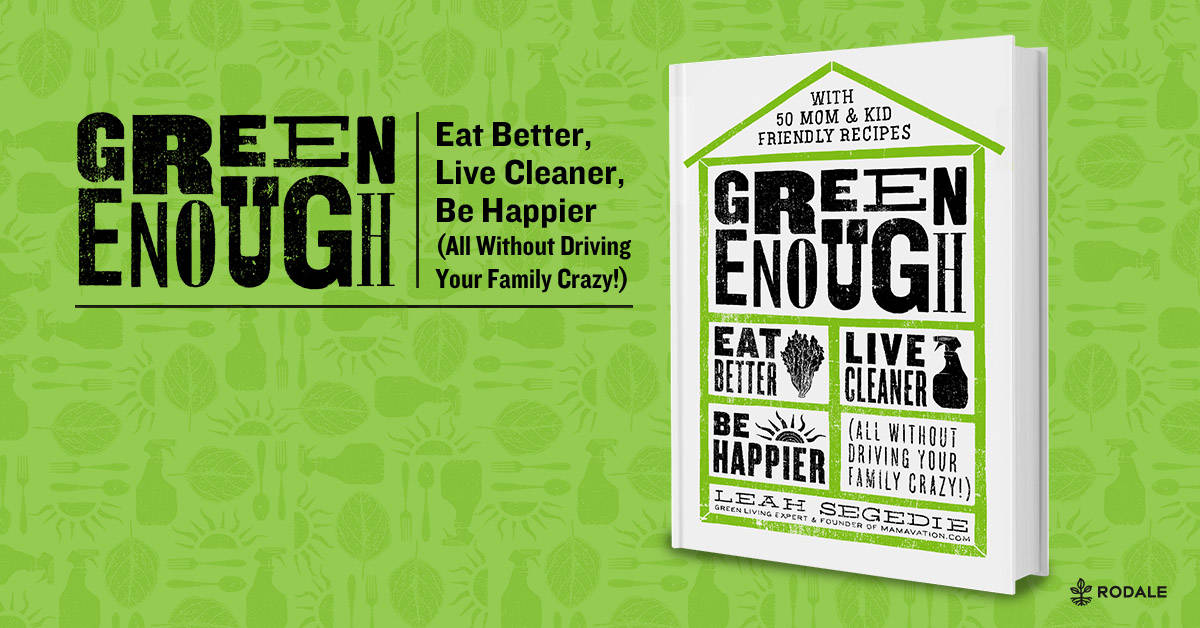 What Can You Do To Protect Your Family from Air Pollution?

The good news here is 90% of your time is likely spent indoors. So even though you can’t control the air you breathe outside, you CAN control the type of air you breathe indoors. It’s estimated that indoor air quality can be anywhere from 2-5x more polluted than outside, so focusing on indoor air is in your best interest.  Cleaning up VOCs inside your home is as simple as switching to safer cleaning products, avoiding anything with synthetic fragrance, opening a window, getting some NASA approved plants, cleaning up dust, and getting a HEPA air purifier. The most powerful air purifier on the market is an Intellipure. I have this machine in my own home. (Use “MAMAVATION” for 10% off)

And if you would like more information about how to detoxify your home from toxins and hormone-disrupting chemicals like indoor air pollution, pick up a copy of Green Enough: Eat Better, Live Cleaner, Be Happier (All Without Driving Your Family Crazy!). With this book, you’ll be able to battle all the foul-breathed toxic monsters within your home. You can do this girl! I got your back!

Three Ways Gardening Makes You Happy
Next Post: BPA in Receipts: Hormone Disruption is More Than You Bargained For