The seafood aisle is confusing enough, but we are now finding that many claims of sustainable seafood are actually more fantasy than reality. A report from Seachoice.org has found widespread fake sustainable seafood labeling in tuna & salmon. So what are you supposed to do when you want to purchase seafood that is better for you and the Planet? You’ve trusted Mamavation to bring you topics like best non-toxic cookware without PFAS & nanoparticles, best & worst teas, and best & worst wines, now join us to break down the reality of sustainable seafood labeling, or lack thereof, in tuna & salmon and show you what brands we recommend.

In 2021, Seachoice.org came out with their report “Certification, Verification or Fabrication: An Investigation of Seafood Environmental Claims in Canadian Retailers” which took a look at all the environmental seafood claims in Canada and whether they were backed by evidence.

When it comes to claims made about sustainable fishing, there are some problematic findings that don’t elicit trust in the system:

In terms of traceability, 14 traceability clams were tested and over half (8 out of 14) were found to be “untraceable” meaning they had no idea where the seafood really originated from. Specifically, Clover Leaf and Ocean’s had websites that were designed to foster traceability but didn’t work.

When you pick up a can of “dolphin-safe” tuna, you may have felt like your purchase protects other animals in the sea, but that’s not likely the case. In fact, this report found that some certifications focusing on a single species, like dolphins, completely ignored other species, some endangered, that may be harmed by the same fishing practices. Examples of such animals are:

In terms of sustainable fishing, a “dolphin-safe” claim can lead you into a false sense of security about that brand’s practices. Sadly, we love dolphins so much that we stopped worrying about other species, like sharks, who are also a really important part of the Ocean and its ecosystem.  If that’s the only certification they have, proceed with caution. But just note that Bumblebee, Chicken of the Sea & Starkist were sued for false advertisement.

Tuna is one the most dangerous fishes in the sea in terms of how much mercury they are delivering to consumers. In fact, tuna contains more mercury than most other seafood you consume according to the Federal Drug Administration based on testing they did from 1990 to 2010.

Yet even though this was done decades ago, the amounts of mercury inside tuna are expected to get worse, not better, based on where the contamination is coming from– air pollution. When fossil fuels are burned, mercury pollution settles in streams and then runs into the ocean where it accumulates in the fat of fish. This is such a problem that it’s estimated up to 10 percent of American women of childbearing age carry enough mercury in their bloodstreams to put their developing children at increased risk for developmental problems.

FDA Recommendations for Pregnant Women (Choose One Not All)

Exposure to mercury can result in brain cell death, impaired fine motor skills, lowering of concentration and focus. Mercury exposure is also linked to anxiety and depression. And the more you have in your body the greater your risk of heart disease.

Tuna by Mercury Levels in Parts Per Billion (PPB)

Other Seafood by Mercury Levels in Parts Per Billion (PPB)

Based on these numbers, Mamavation suggests only eating light tuna, and avoiding all the rest. The good news is there is a brand of tuna that we are recommending later in this investigation that tests every single fish for mercury. 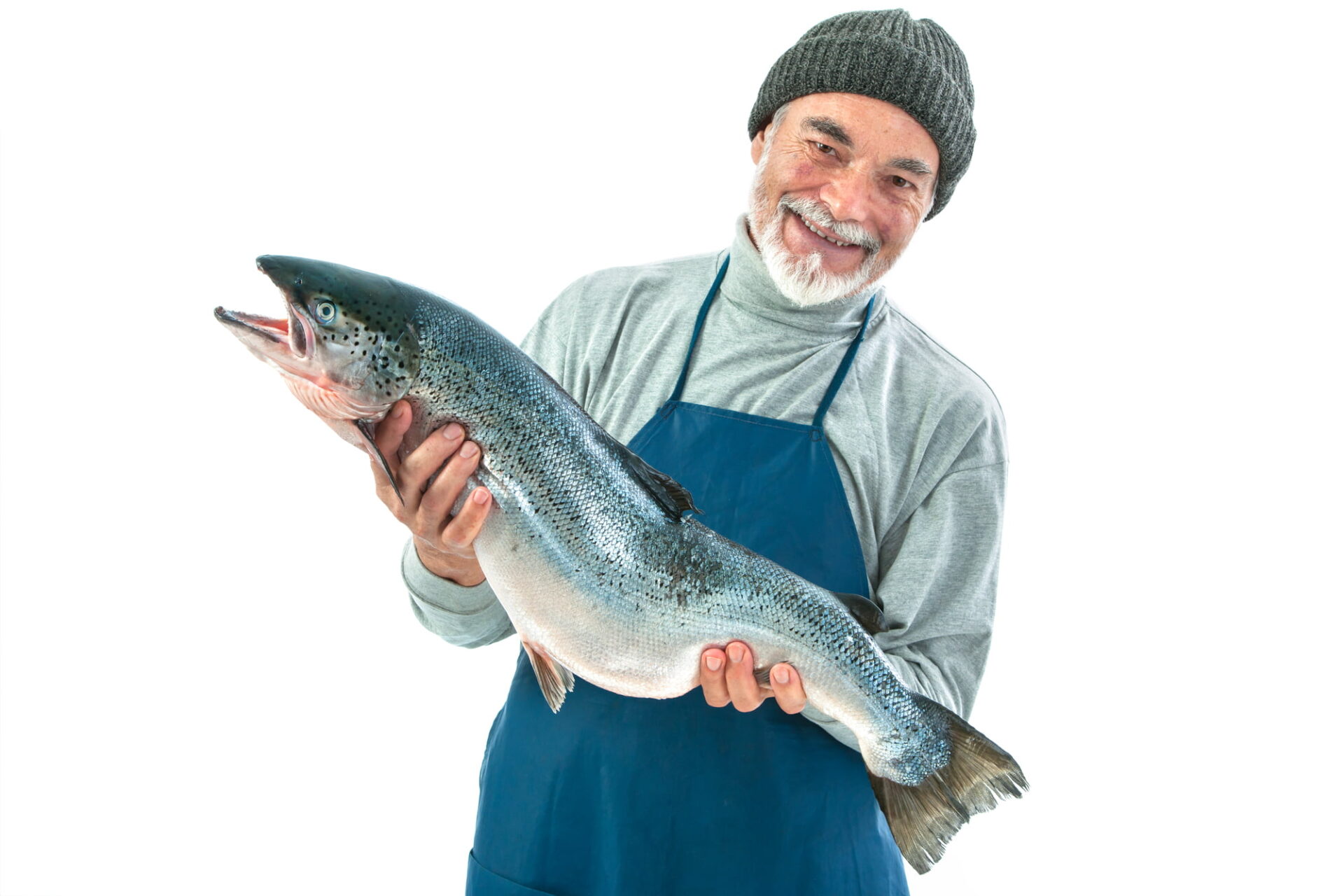 SeaChange Brings Big Fishing To The Table, However, Not In The Way You Think

We noticed some of the largest tuna brands were using the organization SeaChange to source their tuna. When we dug into what SeaChange was and whether their fisheries were MSC certified, it wasn’t clear. In fact, we found some interesting language that was less than desirable and very easy for the consumer to confuse with MSC certification.

SeaChange is an organization that is attempting to lead the world to sustainable fishing, however, it’s more of a nobel concept as of now. Their sustainably-sourced tuna is defined as “tuna from fisheries that are certified according to standards by the MSC or are in FIPs that move the fishery towards MSC certification.”

In other words, they are not quite there yet. If you are reading this post looking for tuna that is already there, move along. In this lawsuit, they list several misrepresentations by Mowi® in their marketing practices of products under the smoked Atlantic salmon brand Ducktrap. These are important because may I remind you, this is the largest producer of farmed Atlantic Salmon in the world. Here’s what is alleged in the lawsuit:

It’s hard to believe that the largest fish conglomerate in the world would actively deceive customers but these allegations lead us to look at the industry as a whole. The farmed Atlantic Salmon industry has some problematic practices.

Use of Drugs & Other Chemicals to Treat Farmed Salmon

When unsanitary conditions are present in farmed Atlantic Salmon, companies have a wide array of anti-microbial drugs that can pose risks to human health and the environment to use.

According to Mowi®’s own audit documents, their salmon is treated with antibiotics like florfenicol, oxytetracycline, and sulfamerazine. The salmon are also administered sedative (yes, sedatives!) tricaine mesylate, and semi-synthetic insecticide, & emamectin benzoate. They also use chemical disinfectants, including formaldehyde-based formalin (a known carcinogen) and bleach.

Why is this all happening? Sea lice and other diseases that become overwhelming when large aggressive Atlantic Salmon are kept in small pens. Diseases such as this have the potential to take hold:

Antibiotics in Atlantic Salmon Contribute to Antibiotic-Resistant Bacteria  in Humans

When it comes to farmed salmon, the most dangerous part of their fishing practices are connected with their over-use of antibiotics.

According to The Center for Disease Control (CDC) “each year in the U.S., at least 2.8 million people get an antibiotic-resistant infection, and more than 35,000 people die.” In fact, drug resistance is one of their top concerns. Why? Well, if we lose the ability to treat people with antibiotics, we cease to have modern medicine.

In addition to antibiotic-resistant bacteria, people with allergies can react to seafood using those antibiotics to treat disease.

The regulatory framework in Norway and Canada has improved in terms of testing the flesh to ensure it’s below “safe limits” when fish are harvested.

Other certifications you will find out there in the seafood world are numerous and you can look at more of them here:

Understanding the options in Canada are not always clear in terms of sustainable fisheries, our options in the United States aren’t very much clearer either.

After we studied this problem with Canadian brands, we looked at what American tuna brands were doing and added that to what we already knew about salmon brands from our earlier investigation on salmon.

By compiling information from both Seachoice.org and our own work, we were able to come up with a list of brands for you to either avoid or purchase from. However, if you want the full list, scroll down to the bottom.

If you would like to have the highest quality seafood delivered directly to your home, you should check out VitalChoice.

If you are looking for the highest quality of seafood, VitalChoice is a simple choice to make without having to leave the house in terms of wild-caught seafood.

Salmon & Anchovies in Pouches (Instead of Cans)

When it comes to getting tuna, Mamavation recommends purchasing from Safe Catch. We love this brand because they test every fish for levels of mercury and don’t include any that don’t pass inspection. That means only 1 out of 4 tuna fish make it into Safe Catch.

This brand is not MSC Certified, but we felt that mercury in your tuna was important enough, that selecting a brand that removes this public health problem a priority. So this brand does not have MSC certification, we checked, however, this brand was ranked Green “Best Choice” for sustainability by the Monterey Bay Aquarium Seafood Watch program so they do use good fishing practices.

Mamavation combined the salmon (frozen, canned & prepared) investigation from earlier this year and combined it with the most popular American tuna brands & the brands that were vetted in this report.

We ended up looking at known trends in fishing practices in certain areas of the world and overlapped that with where the seafood was coming from with each brand. Brands that had less information available to consumers got a lower rating. Brands were also marked down for including less than desirable ingredients, canning their product, misrepresenting any factual claims about the product, not responding to consumer inquiries, & not containing any 3rd party certifications.

Not Our Favorite Salmon & Tuna Brands

These brands of Salmon were either from areas that had very problematic antibiotic use, PCB contamination or had fishing practices that put the ecosystem in danger.  Tuna brands mostly used declarations or endorsements instead of certifications and were canned. This list also contains products that have added less than desirable ingredients. Brands were also marked down for not responding to any inquiries. Tuna brands that were not 100% transparent with how many fisheries were MSC certified were also stuck in this category. Brands relying on SeaChange were not clear about how many fisheries were actually MSC certified as opposed to being “engaged in Fishery Improvement Projects (FIPs) to move them towards MSC certification.” For all we know, uncertified brands are 99% of the ones used.

This category represents brands that were improved but not quite the best. They included salmon areas that had “better” fishing practices, prior PCB contamination, or antibiotic use. This category also contained a smaller amount of additives & preservatives. Brands that were on the fence but didn’t respond to us went into this category as well. Based on the potential for bisphenol exposure, we also put canned brands in here using wild-caught salmon. We also included canned tuna brands in here that were MSC certified.

This category contains tuna & wild salmon caught in areas practicing sustainable wild & farmed fishing practices. This category also contains farmed fish from areas known to have better farming practices or seafood companies with ASC or MSC certification. It was not possible to ascertain the contents of fish feed for all Atlantic Salmon or Tuna brands, but certification provides us overall sustainability issues covered. Mamavation prefers you do not eat fatty fish out of cans often because of contamination of bisphenols, so we have highlighted pouches for you to find easily.