California has become the first state to ban plastic single-use hotel toiletries like shampoo, conditioner and lotion bottles. So it’s going to become even more important for you to remember to bring your own shampoo and conditioner from home when traveling to California in the future. We expect hotels to vary on solutions, but good news because that means less plastic in the ocean. You’ve trusted Mamavation to bring you topics like why you should throw away that black plastic spatula in your kitchen RIGHT NOW, best plastic-free solutions for the kitchen, & best non-toxic teas without plastic tea bags, now join us as we take you through the new California ban and how this will affect your family as you are traveling.

Single-use plastics enter the oceans at a rate of between 3 and 13 million tons per year. The World Economic Forum estimates that there are 150 million tons of plastic in the ocean around the globe.

There’s so much plastic everywhere that it is also showing up inside our food supply and inside us. A 2018 study found that 93 percent of bottled water samples contained microplastics. The brand providing the dirtiest bottled water containing the most microplastics was  Nestle Pure Life.

Long story short, we need to cut this plastic addition. And this short video from The Story of Stuff puts the solution into perspective.

Cities, States & Counties That Have Taken a Stand Against Single-Use Plastic

Cities, states and counties around the United States have taken action against single-use plastic. Now that California has pushed the goal post even further, we anticipate more states & cities to follow. Here’s a list of states, cities & other districts across the US that have passed laws restricting single-use plastics.

California has been tackling plastic for years. In 2014, they were the first state to ban plastic bags. With climate change & a legal battle for environmental independence from Washington looming, California has again made big changes yet again. This year, they focused their efforts on single-use plastic hotel toiletries.

California Governor Newsom signed a bill banning single-use plastic shampoo, conditioner, & lotion bottles in hotels. It’s the first in the country. Hotels over 50 beds will have till January 2023 to phase out single-use plastic bottles of shampoo, conditioners, and soaps. Hotels with fewer than 50 beds will have until 2024 to comply with the new law. After that, hotels that are in violation of the law will face fines–$500 for an initial fine and $2,000 for a second violation.

This law will NOT apply to nursing homes, retirement homes, hospitals, prisons or homeless shelters. 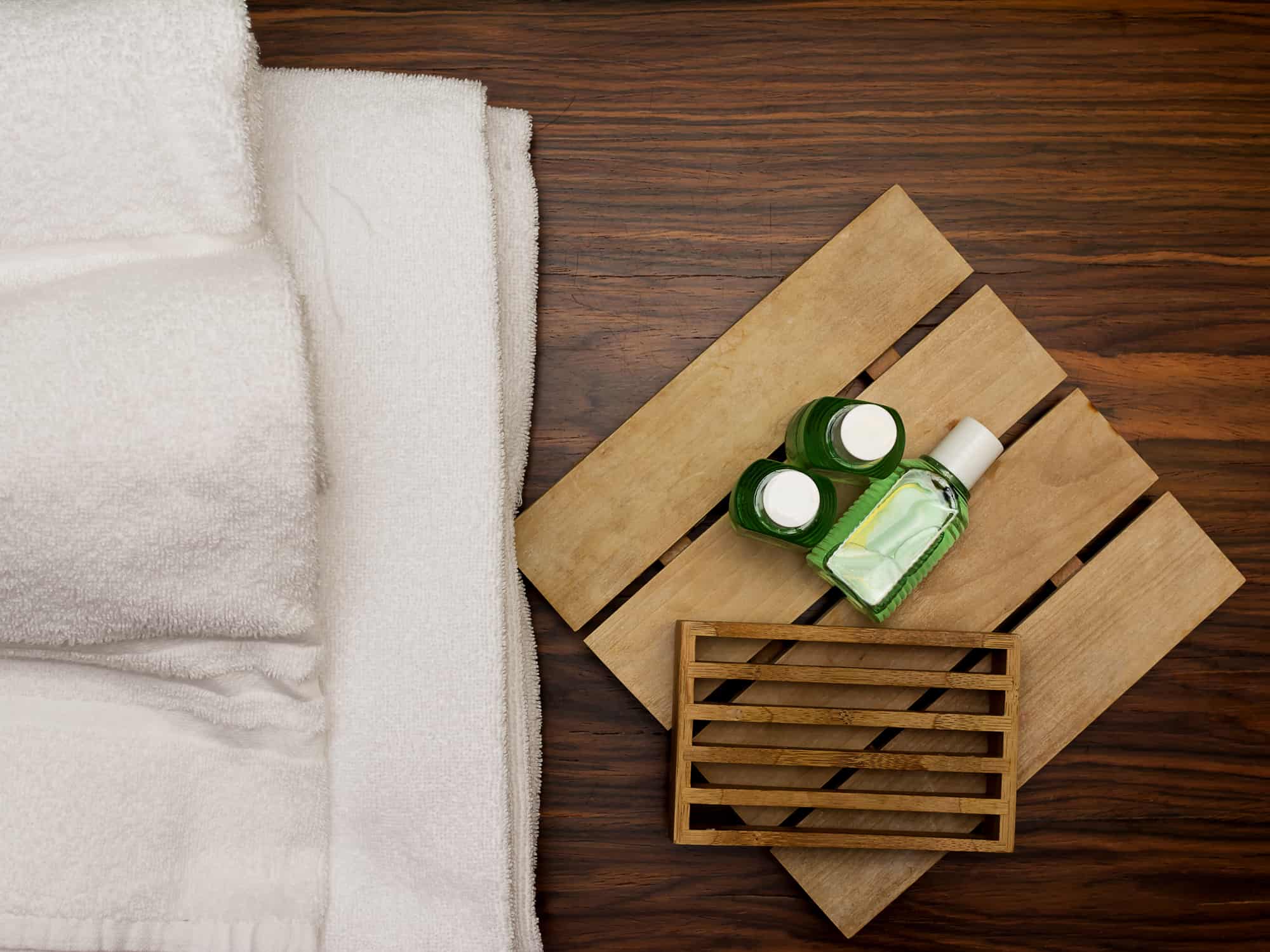 The Hotel & Travel Industry Has Started to Make Greener Moves

Before California passed its single-use ban on hotel toiletries, they noticed that brands were already starting to make such changes in the hotel industry. Of course there was some rumblings from the plastics industry, but the bill found support among the California Hotel & Lodging Association (CHLA) and other industry groups. Here are some of the changes that big hotel and travel industry companies have made thus far.

What Have the Airlines Done About Plastic?

Plastic reduction for airlines is a bit trickier because of time constraints between takeoff and landing, onboard space, and weight. There are some airlines that are making strides in this area and we are here to celebrate them.

Mamavation’s Tips on How to Avoid Needless Plastic

There are lots of little things you can do to reduce the amount of plastic you consume. And at Mamavation, we are concerned not only with the plastic you are purchasing and throwing away, but we are also concerned with the microplastics that are getting into your body from contamination in your food. That’s because plasticizers have the ability to leach into food and beverages when heat, heavy fat, or citric acid is also present. What can you do to reduce the amount of plastic in your home? We have some tips.

Best Organic & NonGMO Candy to Hand Out During Halloween 2019
Next Post: How To Avoid Fire Retardant Chemicals Banned in Europe & Found Recently In American Televisions